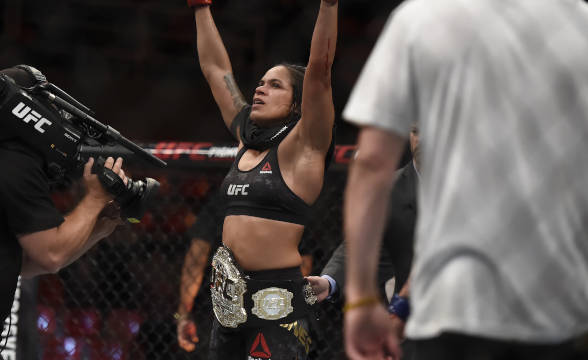 Julianna Pena vs Amanda Nunes is probably the biggest rivalry in the world of women’s MMA right now. It all started in the weeks leading to their first duel when we saw a lot of trash talk coming from both sides.

Nunes, who was 20-4 at the time, was in the possession of the UFC Women’s Bantamweight Championship belt and oddsmakers were certain she was going to defend it for the sixth time. However, Pena shocked the world by submitting her opponent in Round 2.

It happed last December, and now, it’s time for Pena to try and defend her title. Is she going to do it or will Nunes get back the championship belt that she used to hold for more than five years? To see what we think about the UFC 277 headliner, make sure to read our Pena vs Nunes preview.

All odds are per FanDuel as of July 25.

Although her career path is nowhere as impressive as Nunes’, Pena definitely deserves her place in the UFC pantheon. She’s an all-around fighter who knows how to throw punches but who’s also a proficient wrestler and grappler.

Pena is 7-2 since coming to the UFC, with both of her losses happening by submission. First, she lost to Valentina Shevchenko in 2017; then, she lost to Germaine de Randamie in 2020. The good news for her is that Nunes isn’t famous for submissions. The bad news for Pena is that her opponent is famous for her ability to knock out almost anyone.

In their first fight, Nunes landed only 46 significant strikes. In comparison, Pena recorded 135 strikes in total, 79 were labeled significant. If Nunes wants to get back the championship belt, she’ll need to do better striking-wise.

Sure, Pena knows how to defend herself, but Nunes is famously great when punching is concerned. The evidence of this is that 13 of her 21 wins happened by KO or TKO. She also has four submissions in her portfolio, as well as four wins by decision.

Amanda Nunes is generally considered one of the best female fighters in the history of the UFC. She was on a 12-win streak when Pena submitted her in the title fight. During that run, she defeated a number of A-list opponents including Ronda Rousey, Valentina Shevchenko (twice), Holly Holm, and others. If she was able to beat those fighters, she sure has what it takes to defeat Pena.

This, however, doesn’t mean it’s going to be easy. On the contrary, Nunes is going to have a very tough job on her hands this coming Saturday. That said, we probably aren’t going to see Nunes dominate her opponent. Instead, this is likely going to be an even fight until the very end. Still, we do think that Nunes is going to triumph.

Picks: Amanda Nunes to win; fight to go the distance