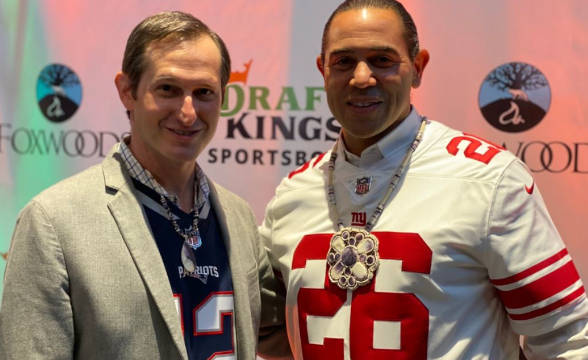 Sports gambling has been able to take the United States by storm, but even the most prominent industry players want to see things change up and expand in a  big way. DraftKings CEO Jason Robins has been a passionate advocate for the introduction of more iGaming legislation, which Legal Sports Report covered.

More IGaming Laws Are Needed in the US

Historically, iGaming is the biggest driver of revenue for gambling companies in the United States, and there is no denying this. DraftKings’ co-founder spoke at the National Council of Legislators from Gaming States on Friday and said that more needs to be done to introduce interactive online casinos, much in the same way that sports were done.

He gave an example of how California is going to the ballot to initiate an important change, which could serve as a stepping-stone and a good example of practice for others. He congratulated the November ballot proposal by California’s tribes which wants to see 85% of the tax revenue poured directly into support for mental health and homelessness. The executive added:

We are incredibly excited at the prospect of responsibly bringing online sports betting to the state while protecting minors and other vulnerable populations and providing much-needed funding for critical issues like homelessness and mental health. It is creative solutions to societal problems like the aforementioned proposal that make me most excited for the possibilities for the gaming industry’s future.

The executive then continued by explaining why iGaming can be such an important stepping-stone for the industry. There are numerous states that have already done it successfully as well, and New Jersey is one of the examples Robins cited. The Garden State-operated interactive casinos long before any sports betting legalization was passed in the country.

Since 2018, though, others have followed suit with Michigan and Pennsylvania embracing the opportunity to introduce both iGaming as well as interactive wagering opportunities. He made a passionate argument about the validity of regulating iGaming, adding that players are turning elsewhere, and usually offshore.

This comes in the context of calls from the American Gaming Association and other companies for the Department of Justice and the Attorney General’s Office to step up their efforts in limiting the pernicious impact that illegal gambling has on consumers and the regulating efforts.

During his Friday speech, Robinson said that a way to move forward is to break away from old fears and embrace the transformative effect of the regulated gambling industry. “The stigma and fears associated with online gaming seem to rely on inaccurate and out-of-date ideas of how the technology works,” Robins said.