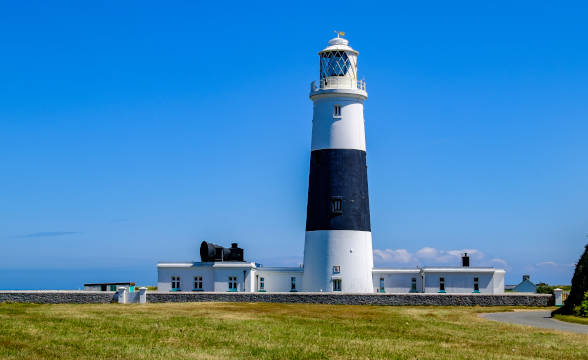 The island of Alderney made nearly £2 million ($2.52 million) from eGambling throughout 2021. The small, rocky patch of land is a prominent hi-tech international hub for gaming companies and hosts many of the biggest names in the industry.

The Tiny Island Rivals Other Offshore Behemoths Such as Malta, Gibraltar, and the Isle of Man

Alderney is the third largest of the Channel Islands and is located approximately 8 miles from France and 60 miles from mainland Britain. As a Crown Dependency of the United Kingdom, it has an autonomous government, legislature, and company laws.

This puts the seemingly unassuming windswept, rabbit-infested island in a unique position. Alderney has no gaming duties or VAT, zero-rated tax on company profits, and no capital gains taxes for companies within its jurisdiction. The island also offers modern telecommunication infrastructure with high-speed internet access to both the UK and mainland Europe.

Alderney sits outside the EU and EEA, which means that companies operating out of Alderney were unaffected by Brexit. The UK’s separation from the European Union even saw an additional influx of interest in the gambling haven, which is open to businesses worldwide.

Owners of the Alderney Online Gambling License can run all types of online gaming without an individual license for each product. Obtaining a gambling license can take just four weeks, and it is no surprise that about 350 companies operate with an Alderney Gambling License and collectively run approximately 2000 gambling websites. Licensing and regulation fees thus bring a neat little profit for both Alderney and the neighboring island of Guernsey, which houses the majority of the required IT infrastructure.

The eGambling Industry Is a Great Boon for the Local Economy

The Alderney Gambling Control Commission recently announced that they had invested more than £2m in the island during 2021. These profits will go towards the local economy and infrastructure. A portion of the funds will also aid in promoting and developing the online gambling industry, which has contributed greatly to Alderney’s success and prominence, together with its tourism and finance sectors. Lord Faulkner, head of the Gambling Commission, said that eGambling continues to add to local prosperity. “It is noteworthy that a number of the world’s major operators have been attracted to the Bailiwick,” he noted.

The Alderney Gambling Control Commission (AGCC) was established in May 2000. It consists of the Chairman and three additional members and claims to be independent and non-political. The Gambling Commission regulates eGambling on behalf of the States of Alderney and also helps promote this sector of the tiny island’s economy. According to Ian Carter, Policy and Finance deputy chairman, “Alderney’s source of income is resilient thanks to the Commission’s efficiencies and steadfast adherence to the highest ethical principles.” The Commission is a member of the Gaming Regulators European Forum (GREF) and the International Association of Gaming Regulators (IAGR).