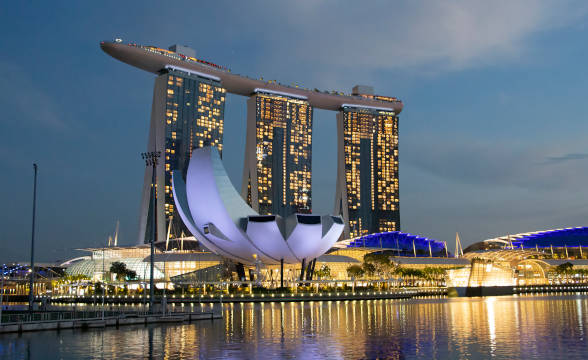 The International Monetary Fund has released a Singapore report in which it praised the approach that the city-state had to the pandemic. The document was released on Thursday, just a day after Marina Bay Sands released its Q2 results, which reported that the company’s net revenue increased by 107.6%.

The Economy Has Recovered Impressively, the IMF Report States

IMF’s report stated that the effective vaccination campaign, containment measures, as well as the “decisive policy support” helped the country receive a major boost to its economy. It also added that thanks to the high vaccination rate and the lift of the border restrictions will aid in various tourism sectors, air transport, and consumer-facing sectors.

However, the report noted that even though the country is definitely moving in the right direction, the chances of the economy returning to pre-pandemic levels by the end of 2022 are slim.

Samuel Yin Shao Yang, an IMF analyst, stated that the results reflect Singapore’s operations after the country reopened its borders on April  1 and canceled COVID-19 requirements on April 26.

Maybank praised Marina Bay Sands’ operations, especially in the VIP sector as it stated that the VIP volume is about 75% of the pre-pandemic levels. The bank stated the return of both Indonesian and Malaysian gamblers.

According to the IMF team that assessed Singapore’s operations, the country is expected to have a 3.7% GDP growth in 2022, however, inflation is expected to be above 4.4% in the year.

There’s no denying the fact that Singapore’s gambling sector is returning to its normal state and certain brands are well aware of that fact and want to make sure that they take full advantage of current events.

One of those brands is MGM Resorts International, who’s reportedly looking into purchasing Genting Singapore. Bloomberg reported that MGM has approached the Lim family, the majority stakeholder in Genting Singapore, and held talks to either invest or purchase the company.

At the moment, Genting Singapore is valued at around $7 billion and it is one of the rare businesses that managed to remain profitable throughout the pandemic. Bloomberg stated that it reached out to MGM, but the company denied commenting on any development.

Singapore’s authorities are also making sure that as the industry recovers, the laws and regulations are respected. Recently, authorities seized over $500,000 tied to illegal gambling. The seizure included portable phones, funds, electronic equipment and other devices, all of which were used to gamble illegally.