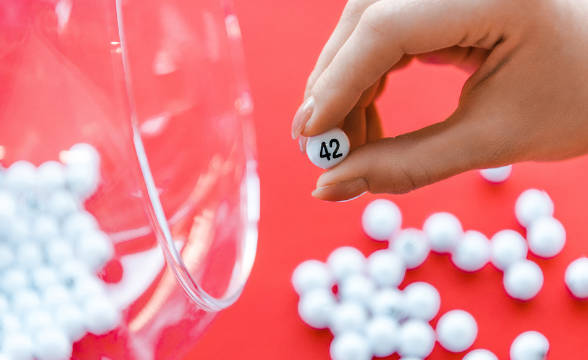 Eddie Tipton, the fraudster who was sentenced to up to 25 years in prison for rigging winning drawings with the Multi-State Lottery has been paroled.

After Five Years in Prison, Eddie Tipton Goes Out on Parole

Judging by records by the Department of Corrections, Tipton was released on parole from the Clarinda Correctional Facility last week Friday. This happened after he served more than five years in prison over a scandal that became infamous as “Hot Lotto.” Back in 2017, Tipton was sentenced to up to 25 years in prison after pleading guilty to fixing the RNGs for the lottery.

With the help of a computer code, he was able to rig the drawings of lotteries in at least five US states. This resulted in him and his accomplices collecting winnings worth millions. While Tipton was sentenced to up to 25 years, his accomplices received shorter sentences.

Initially, he was due to be released on parole in February. Although Tipton’s parole was approved, in the end, it was revoked due to a “physical altercation” with another inmate. Judge Melissa Clarke said back in February that Tipton was in “offensive physical contact” with another individual. This alternation ultimately led to the revocation of his parole at that time and delayed his release.

Tipton’s sentence dates back to unlawful activities conducted between 2005 and 2011. During that time, he, together with associates rigged jackpots for the Multi-State Lottery. The elaborate scam was completed via a code that was used by Tipton to rig the RNGs for the lottery. This enabled him to know the future outcome for some of the draws of the lottery, allowing him and his accomplices to collect the winnings. To cover his tracks, Tipton implemented a self-destruct sequence to its code.

As with anything too good to be true, the scam was uncovered back in 2011. The Multi-State Lottery Association (MUSL) launched an investigation after uncovering failed attempts to claim a $16.5 million jackpot just before it expired. Upon further investigation, the lottery officials identified Tipton via video footage and discovered that he purchased the winning ticket.

Besides up to 25 years in prison, Tipton was ordered to pay more than $2 million in restitution. Despite him and his brother owning properties that are worth millions, Tipton claimed he doesn’t have the funds to pay the restitution. What’s more, in a petition filed by him back in 2020, he claimed the restitution was illegal.