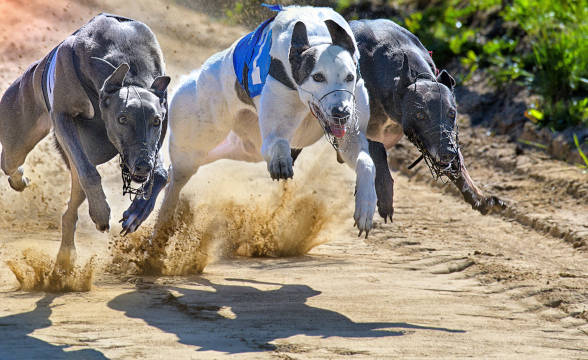 The new CEO has been in the company for some time and is well-versed in Greyhound Racing NSW’s activities, especially because of serving as a legal advisor for multiple years. The old CEO has moved to head a rugby team that he’s played for about 30 years ago and receives a warm welcome.

The Greyhound Racing New South Wales (Greyhound Racing NSW or GRNSW) announced its new chief executive officer (CEO) last Friday, August 5, 2022. Chairman John Williams was quoted in the press release saying he is “delighted to announce the Board’s appointment of Rob Macaulay” as the new CEO, adding that Mr. Macaulay is “very experienced within GRNSW and is a strong advocate for the sport and its participants”.

Macaulay has been a legal advisor, as well as a company secretary, in the past, and is now stepping up to the task of the top position and finding “opportunities for continuing commercial growth” for the company. The news comes as no surprise as Macaulay has been the interim CEO after the previous one – Tony Mestrov – announced he’d be leaving the company. Tony Mestrov has taken the position of CEO of Manly Warringah Sea Eagles (Manly or Sea Eagles for short), where he was a player some thirty years ago.

Mr. Macaulay commented that he is “especially pleased” to be a part of the process of delivering “transformation on re-homing and welfare initiatives,” with the latter being an especially hot topic recently.

According to the announcement, Macaulay’s selection comes “after an extensive and stringent eight-week recruitment process” and he’s been picked at a meeting of the directors of GRNSW, where “the Board unanimously resolved to appoint” him.

Animal welfare has been circulating the news in the face of possible bans on greyhound racing in some countries, including Scotland, amid worries over animal welfare and reported doping incidents. According to activists, drug tests were only done in less than 2% of the races at the Shawfield Greyhound Stadium. Unfortunately, even in that 2% of the races when tests were carried out, and positive results were found, the regulation came up short as incidents have been apparently going unreported for months on end.

On the flip side, when greyhound racing is considered a “great family-orientated sport”, as Mr. Macaulay referred to it, sports betting opportunities surrounding the activity naturally develop, as was the case with Greyhound Racing Victoria (GRV). Just last month it announced a partnership with Sky Racing, the Australian broadcaster, making for an additional four years that Sky Racing will be helping popularize the sport and work alongside GRV to “showcase our sport to punters”, as acting GRV CEO Stuart Laing commented on the partnership.