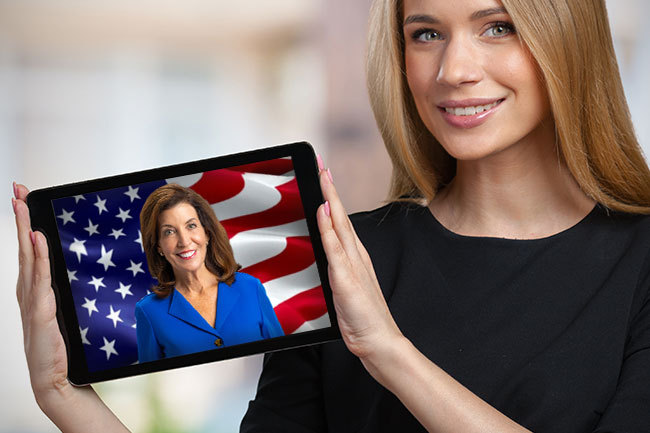 According to the most current reports from the Empire State, Gov. Kathy Hochul is ready to give the go-ahead and accelerate the issuance of downstate casino licenses. It is believed that such a deal could be ironed out in the coming days, and thus the three commercial casinos in downstate New York could come sooner than expected. A few years ago, the state’s legislature put a moratorium on the three available commercial casino licenses until 2023. But with recently many gaming operators and lawmakers have expressed to see the downstate casinos come to life earlier, as the full-scale casino would be a valuable asset to have in the state considering the current financial difficulties around the globe. The governor along with the State Senate and Assembly are now expected to fast-track a deal that would allow bids for the three commercial downstate gaming licenses. However, this must be done before April 1, 2022, so the language could be included in the state’s new budget for the new fiscal year. However, it is unknown whether the proposed US$1 billion licensing fee will be accepted as well.

New York City’s Mayor Eric Adams, has also given his backing for the acceleration of the process. The mayor has even given his preference on where the casinos should be located as he would like to see two of them in the Big Apple. And currently, Empire City Casino in Yonkers and Resorts World New York City in Queens are the two front-runners for the licenses.

State Senator Liz Kreuger, who is an Upper East Side Democrat, shared that there are several companies that are bidding for the third license. She was previously against the gaming expansion but now believes that a casino property could work in Manhattan if it was targeting the wealthy and not the working-class people. She is also fond of the idea of having a Monaco-style property on Saks Fifth Avenue in Midtown Manhattan.

In contrast, however, Democrat Richard Gottfried remains unconvinced of a casino in Manhattan. In a recent interview, he shared that a gaming amenity would have a negative effect on the whole area surrounding it. He also thinks that if there is one casino in the borough, then there would be strong pressure to launch even more in the area.

The Water Club located on 30th Street and the East River in Kips Bay is also interested in applying to apply for a commercial casino license. But some locals were quick to demonstrate their discontent with the idea. For instance, Diane Liotta, who despite being a gambler herself, has also opposed the plan as it could bring some shady individuals into the area.