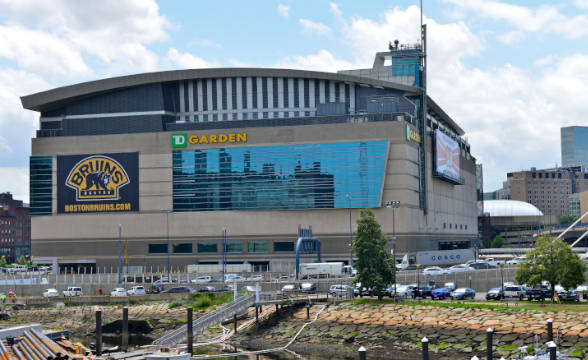 The Golden State Warriors have a chance to win their seventh NBA title in the history of the franchise. For that to happen, they just need to beat the Boston Celtics in Game 6 of the 2022 NBA Finals. The Warriors lead the series 3-2 but the problem is that the next game is played at TD Garden, where the Celtics are famously tough to beat.

With the help of their fans, they’re expected to tie the series on Thursday evening. At least that’s according to online bookmakers, who are giving the role of the favorite to the home team.

Warriors Going for the Title

They just need to win one more game and the 2022 NBA Championship is theirs. The good news for the Warriors’ fans is that their boys are playing amazing basketball since the start of the playoffs, winning the previous two games by 10 points each. The bad news is that Game 6 of the NBA Finals is played on Boston’s turf.

Although they do prefer playing in California, they’ve been pretty decent in away games this year. The last time they played in Boston, we saw them win 107-97 with Steph Curry putting away 43 points, while making 10 rebounds and 4 assists – one of the best performances of his career.

Even though he’s been Golden State’s key man throughout the season, he wasn’t their top scorer in Game 5. Instead, Klay Thompson and Andrew Wiggins scored more than him, proving that the Warriors aren’t a one-man army.

Celtics Must Win on Thursday

If they lose on Thursday, it’s the end of the NBA Finals. That is why you can be certain that the Celtics are going to give their utmost on the court of TD Garden, where their fans will provide them with incredible support.

Actually, the Celtics’ fans have been great this season, cheering their boys on passionately in every single home game. That helped the Celtics win more home games in the regular season than most other teams from the Eastern Conference.

The Celtics have no other option but to go far and beyond on Thursday to equalize the series. They sure have the manpower to do so, not to mention that their fans will cheer them on from the very start.

Picks: Boston Celtics to win and cover the spread; over to hit