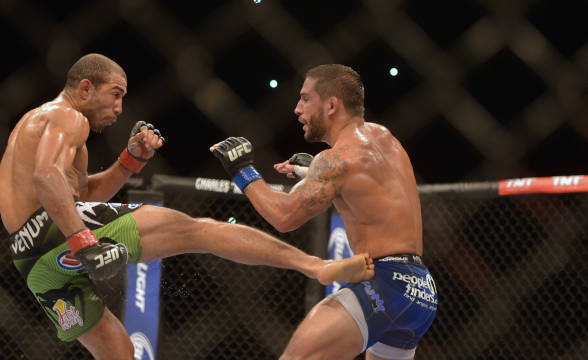 On Saturday, June 11, the UFC is traveling to Singapore. Singapore Indoor Stadium is the place where UFC 275: Teixeira vs. Prochazka will take place. The headliner fight is a clash for the UFC Light Heavyweight title, in which Glover Teixeira is defending his championship belt for the first time after winning it last October. His job isn’t easy as he’s facing off with a former Rizin champion, Jiri Prochazka.

All odds are per FanDuel as of June 6.

Glover Teixeira became the UFC Light Heavyweight champion just two days after his 42nd birthday. He became the champ after beating Jan Blachowicz in Round 2 at UFC 267.

What’s interesting is that Teixeira was a huge underdog before that fight. Online bookmakers were giving the odds in the range of +240. Despite that, the Brazilian veteran was able to beat his favored opponent.

Once again, Teixeira is seen as the underdog. With the odds of +162, he’s expected to have a very difficult job on Saturday.

Bright Future for Jiri Prochazka in the UFC?

Jiri Prochazka is 28-3-1 in his professional career with his last defeat happening seven years ago. Since then, he’s been cruising on a 12-win streak. During his surge, Prochazka won himself the inaugural Rizin Light Heavyweight Championship which put him on Dana White’s radar.

A year after winning the title, he landed a UFC contract, making his debut in summer of 2020. It’s needless to say that it was a successful debut – Prochazka defeated Volkan Oezdemir by knockout (punch).

For his performance in that fight, Prochazka received the Performance of the Night bonus. The same happened in his second UFC fight when he beat Dominick Reyes by knockout (spinning back elbow). Those two breathtaking wins helped Prochaka move up in the UFC Rankings – right now he’s second in the Light Heavyweight division.

Oddsmakers think Prochazka will become the new champion this Saturday. No surprise there as he’s been nothing short of superb since coming to the UFC. The only thing that should worry his fans is that Prochazka just doesn’t have as much experience as his opponent. In order to win the UFC 275 headliner, he will need to fight smart rather than try to get another KO victory.