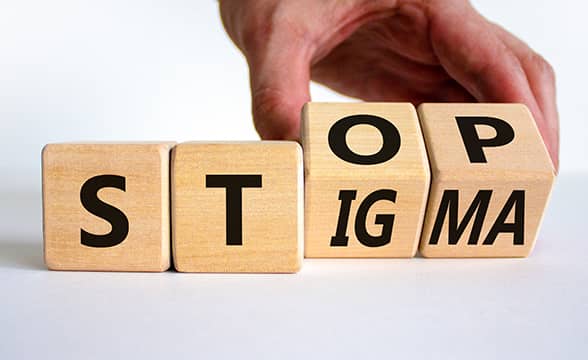 GambleAware, a charity organization that protects people from gambling harm, has published a new study. According to new data, discrimination against compulsive players discourages them from seeking help.

The study is titled “Building Knowledge of Stigma Related to Gambling and Gambling Harms in Great Britain” and was conducted by the experienced Dr Anne Stangl, Triantafyllos Pliakas and Mariana Siapka. The experts analyzed the results of 54 previous studies and 9 review papers from 19 countries.

According to the results, the usage of certain terminology can create a stigma that discourages people from seeking help. The study claims that terms such as “gambling addict” and “problem gambler” are problematic. The researchers emphasized that such inappropriate language implies that the person is the problem, instead of pointing out that the person has a problem. Therefore, GambleAware suggests using terms such as “person with a gambling disorder” and “person who struggles with gambling.”

In addition, the experts suggested that “person-first” language can help people understand that the so-called problem gambling is not an identity but a mental disorder. This way, it can help to relieve the stigma surrounding gambling disorders and make people more likely to seek help.

According to GambleAware, the stigma surrounding gambling problems affects people in a similar fashion to other physical and mental ailments. Just like the latter are often discouraged from seeking help because of the stigma around their problems, people who struggle with gambling are often reluctant to admit they have a problem.

The charity urged healthcare workers to learn more about the topic and better understand gambling disorders. The experts suggested that people in the healthcare industry should learn to avoid stigmatizing gamblers to be able to better help them. Otherwise, gambling stigma could interfere with treatment and prevent people from overcoming their problems.

GambleAware said gambling is a popular pastime in the UK, which is why it is critical to prioritize harm prevention. The charity said that stigma prevention can have an impactful effect on treatment.

The charity vowed to be a pioneer in the stigma reduction. It will, therefore, focus on replacing harmful language with person-first terms. During that time, its experts will carefully evaluate whether these improved practices have a noticeable beneficial effect. The professionals will also note down what the best approaches are and will seek additional solutions.