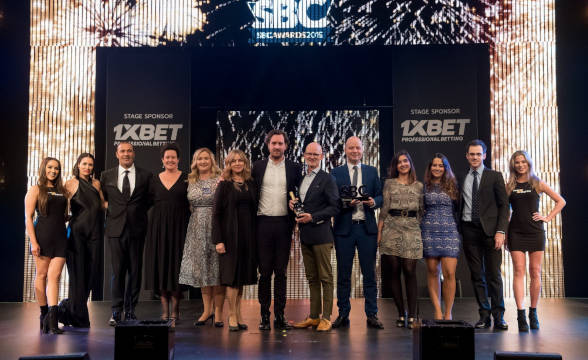 The Sports Betting Community (SBC) Awards is a prestigious award show that celebrates and recognizes la creme de la creme in sports and gaming innovation and expertise. This year, the event will be co-hosted by Gaizka Mendieta and Kirsty Gallacher.

Each year, the best industry suppliers, operators, and affiliates belonging to all major disciplines are praised for their achievements through valuable awards corresponding to a number of categories. This year, there are 45 categories waiting for their supreme winner, including three Affiliate awards, 15 Operator awards, 21 Supplier awards, four Payment awards, and two Specialist awards.

The event has now reached its night year of existence and it is ready to host over 1,000 guests at the Palau Nacional in Barcelona on September 22 between 7 PM and 1 AM. This year’s edition will celebrate those companies that managed to come out with flying colors and even thrive through the unprecedented crisis that has taken over since the start of the pandemic. Attendees can expect “a night to remember” with lots of “fun and networking opportunities” spread throughout the evening. For the first time in history, the SBC Awards will begin on the final day of the SBC Summit Barcelona, thus becoming a part of the international iGaming and betting show.

Who Are This Year’s Co-Hosts?

Gaizka Mendieta is a former Spanish professional soccer star who played as a midfielder for prestigious European teams, including Lazio, Barcelona, Middlesbrough, and Valencia. The star player won his first trophy more than two decades ago at the Copa del Rey Final in 1999 when his team, Valencia, won against Atlético Madrid. He received the title of “best midfielder in the world” during successive seasons and his amazing career qualifies him as the perfect co-host for the event.

Mendieta spoke about his upcoming role during the ceremony in September, expressing his excitement to be co-hosting it alongside Kirsty Gallacher. The former soccer star also spoke about the “hard work that goes behind every such recognition”, adding the event itself is an excellent reminder of the fact that hard work can trigger success. He also expressed his eagerness to be delivering “the great news to the winners”, while celebrating the very best in both industries.

Kirsty Gallacher is a popular TV personality best known as the broadcaster for Sky Sports’ News section. Over the years, she has been busy covering a variety of prestigious sporting events including The Masters and The Ryder Cup. She has also done interviews with big names in the sports industry such as David Beckham and Anthony Joshua. She also spent her time as a presenter for the Great British Breakfast on GB News, 90 Minutes, Gladiators, Soccer Extra, Soccer AM, and Ant & Dec’ Saturday Night Takeaway.

Gallacher is no stranger to the SBC Awards. She will be making a comeback in 2022 in her position as a broadcaster for the fifth time in a row. Gallacher spoke about her comeback as a presenter for the event, calling it yet another “exciting” experience. She also described the energy of the people involved in setting up the ceremony as “inspiring” with positive vibes that are “satisfying and fulfilling”.

SBC’s chief executive officer and founder Rasmus Sojmark believes “having a legend like Gaizka Mendieta” as a co-host for the event should help turn the evening into an unforgettable one. Sojmark added that Mendieta will be fully backed by Gallacher, who has already proven her excellence as a presenter for the awards for five consecutive years.