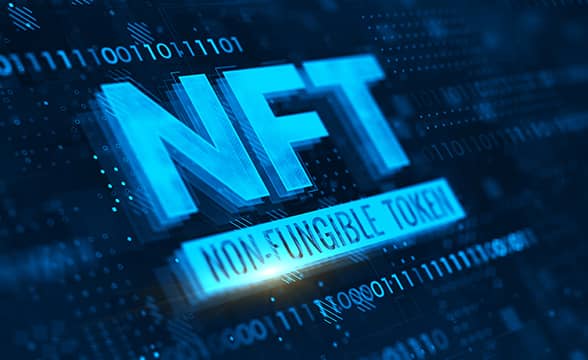 PokerStars’ former director John Caldwell has joined forces with former Full Tilt Poker executive Bob Williams for the launch of an exciting poker platform based on non-fungible tokens (NFT) and artificial intelligence (AI). PokerAces is the name of the much-anticipated site that is meant to cater to the needs of casual players looking for a friendlier gaming environment without pro players, bots, and real-time gaming assistance software.

The new project will therefore primarily target casual players who have expressed their dissatisfaction regarding a large number of high-level professional players in the industry as well as the use of bots and real-time assistance software. All these elements create an unfriendly environment for casual poker players. Earlier this year, the 888 brand announced it had seized close to $300,000 from bot accounts in 2021. This was the highest amount ever to be seized from bot accounts over the length of a single year.

PokerAces wishes to introduce all interested gamers to quicker and more engaging poker games with the help of AI-designed poker bots. The bots will have one-of-a-kind gameplay styles with PokerDNA embedded into their NFT metadata.

They will play one against another for real money on behalf of their holders during poker races. This will help create more balance on the playing field. A standard tournament with 1,000 bot players will reach the final stages in no more than three minutes. By comparison, regular online poker rooms with real-life players currently require a few hours to reach the same stages. Eventually, the holders of the bots will need to take over their bots and get to play for the big wins.

A Mix of Skills and Good Bots

The best players will need to mix their poker skills with their ability to choose the most suitable bots as partners. In order to be allowed to be a part of the poker races, players will need to own or rent NFT bots. This means they will also get to create more thrilling opportunities for NFT collectors who will get to gather tokens and other similarly valuable items. The platform will start selling poker bot NFTs in the upcoming months. The platform itself is getting ready for launch during the third quarter.

PokerStars’ former director of pro and celebrity marketing teamed up with Williams and Parlay Games chair Scott White for the launch of i3Soft, a software company. i3Soft is at the base of the fresh NFT poker project. Close to 40 people are currently busy working on the PokerAces platform. The original idea was born eight months ago, while Caldwell and Willians were trying to tackle the issue of “real-time assistance and other software tools” that, in their opinion, could be “killing online poker”.

The new poker game promises to respect “the time and money of recreational players”. The pioneering game to be released on the platform will be a poker Hold’em game based on AI. In July, PokerStars PokerStars obtained a poker license for Ontario. During the same month, another former executive, Erick Hollreiser, acquired a poker news website and announced he would launch Triple Barrel Media Limited.