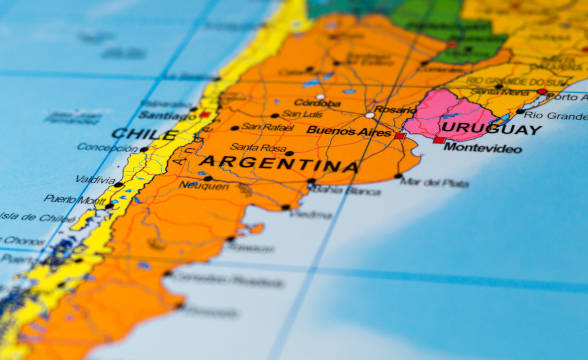 Cristobal López, a disgraced casino tycoon who was convicted of fraud and tax evasion, is set to regain control of Central Casino of Mendoza and profit from the slot machines there in the next ten years.

Winner of the Bidding Process

Lopez is one step away from entering Godoy Cruz’s Central Casino after his company, Traylon SA, outbid three other candidates in the competitive bid, and the decision to award the license is pending the official approval from the State Prosecutor’s Office for the Provincial Institute of Games and Casinos (IPJyC).

The competitive process launched by IPJyC in August 2021 attracted interest from industry heavyweights and their cohorts of lobbyists, yet Traylon edged the likes of Desarrollos Maipú, owned by Daniel Angelici and running the Arena Maipú casino, Mendoza Central Entertainments, a joint venture consisting of the owners behind the Central Casino room and Nuevo Plaza Hotel Mendoza, and Fuente Mayor, the operator of New Star Casino Central.

Following public disclosure of the competitive bids in mid-November, it took IPJyC several months to come up with the conclusion that the winner is the company linked to Lopez, Traylon.

According to analyses, the key proposal for the winning bid was the percentage of revenue share with the provincial government, a section of the bid in which Traylon offered to make its $2.24 billion investment to completely remodel the building and install 720 slot machines in exchange of just 52% of the revenue. For comparison, Desarrollos Maipú wanted to retain 62%, while Plaza Central and Fuente Mayor proposed to keep 71.87% and 54% of the revenue, respectively.

López entered the casino business in 1992 in collaboration with his friend Ricardo Benedicto, having won the tender to install a room in Comodoro Rivadavia. In 2016, he transferred to Benedicto his shares in Inverclub, the company that was spun off López’s flagship Casino Club and is in control of Investment Company in Entertainment (Ciesa), which in turn holds 50% of Traylon.

In his career as a businessman and entrepreneur, López also operated the slots in the casino in front of the Barranquero square via his firms of via firms associated with him. He also managed a private room in San Rafael and operations in San Martin, Rivadavia, General Alvear, and Malargüe.

His career took a downturn in December 2017 when the businessman with close links to former presidents Néstor and Cristina Fernández de Kirchner turned himself to federal authorities after a court order for his arrest on charges of fraud and tax evasion. López was accused of setting up a tax evasion structure that allowed him and his partner, Fabián de Sousa, to forgo around ARS$8 billion ($450 million) in debt owed to the state via their energy company, Oil SA.