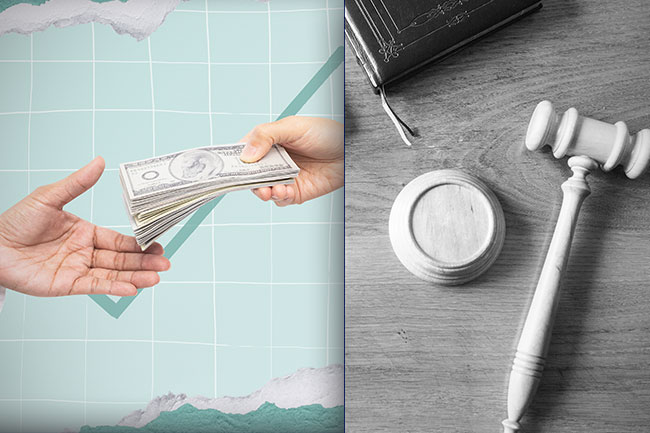 A former inspector with B.C.’s Gaming Policy and Enforcement Branch, Darren Scott Young, has been taken to court on the account that he has accepted bribes and breach of trust. An investigation from 2019 found that Mr. Young has been involved in corruption-related activities regarding some of his previous actions in Vancouver’s Hastings Racecourse. The investigation from 2019 occurred after numerous CBSA raids and Immigration and Refugee Board hearings, which suggested that a Gaming Policy and Enforcement Branch staff member has allegedly falsified documents. By doing this, the employee allowed foreign nationals to work as groomers at the Hastings Racecourse without the required documentation. Mr. Young is now set to appear in court on May 26, 2022, at the Vancouver provincial court in connection to the 36 charges that he has faced. Court documents suggest that he has accepted benefits in amounts between CA$693 and CA$1,390 from companies and individuals who have allegedly had dealings with the branch. He is also accused of fraud for issuing fraudulent racing division licenses to 14 people.

In addition to that, the defendant is also facing 15 charges under the Immigration Act for inducing, helping, or abetting people to employ workers without authorization. The names of the people that Mr. Young has allegedly taken bribes from also correspond to the names of a number of local horse trainers from 2019. So far none of the charges have been proven in court.

It seems that there is a connection between the former gaming inspector and the extensive investigation into corruption that Attorney General David Eby mentioned back in 2019. Back then after the CBSA raids seven men from Mexico were arrested at the track and escorted out of the country. One of the said men has also been identified in the charges against Mr. Young.

The man in question shared that an official who requested to check his passports and credentials had then issued him a card. He was then told that the card would allow him to work at the racecourse. Back then Mr. Eby said that in October 2018 a whistleblower came to his office and presented the allegations long before the workers have even arrived in the country.

This has not been the first time that a B.C. gaming official has gotten himself in trouble with the law. Currently, several former employees of the BLCL are under investigation over the province’s heavily discussed casino money laundering scandal. For instance, former vice-president Robert Kroeker of the BLCL was one of the accused as they did not implement the needed measures in time to stop the money flow.

The scandal is investigated by the Commission of Inquiry into Money Laundering in B.C. headed by Commissioner Austin Cullen. Its mandate is to determine whether the alleged money laundering activities have occurred and implement measures to eliminate them in the future. Back in November 2021, the commission received an extension for its final report, which should now be submitted before May 20, 2022.