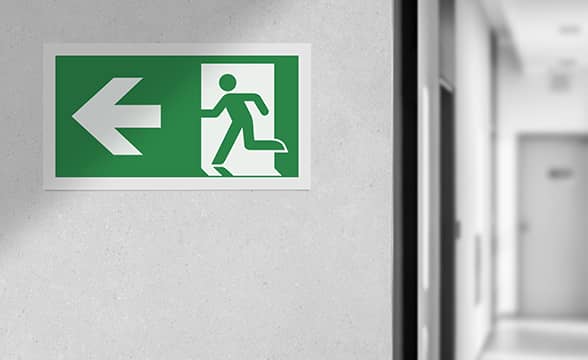 Flutter confirmed previous rumors that Corcoran will be vacating Paddy Power’s CEO seat. The ex-executive refused to publically comment on his departure. Corcoran refrained from discussing his plans for the future as well.

At the same time, Flutter also chose not to comment on the matter and released no official statement other than confirming the CEO’s leave.

Corcoran is the brother of Breon Corcoran, former CEO of Paddy Power. Victor joined the company in 2018 and helped the company’s integration with Betfair.

Corcoran’s leave might be surprising for some since he played a major role in Paddy Power’s return to prominence. The experienced executive helped the company mitigate some of the damage caused by the turbulent times. Notably, he overturned Paddy Power’s decline that came Flutter’s merger with The Stars Group and the adoption of the SkyBet and PokerStars brands.

Corcoran’s leave from the position comes as Flutter Entertainment is working to optimize its teams for Britain and Ireland. Executives from several brands were repositioned as chief commercial officers and tasked with taking care of Flutter’s in-house brands.

The one who will step into Corcoran’s shoes is Dave Newton who served as managing director for retail. Flutter Entertainment confirmed that Newton will replace Corcoran and will serve as Paddy Power’s brand chief commercial officer for both online and retail.

Another employee to leave Paddy Power in recent times is Duncan Wright, the company’s head of mischief. When Wright joined the company, he called his new position a “dream come true” and praised the opportunity to work with the rest of the team. Wright’s enthusiasm seems to have quickly run out as he announced his leave only four months after joining the company.

Paddy Power Recently Got Into Trouble

In other news, Paddy Power got into compliance-related trouble several times this year. The company’s approach to advertisement just doesn’t seem to sit well with the Advertising Standards Authority.

The first ad that got banned was a radio ad that the ASA deemed to be unintelligible. According to the regulator, the ad was misleading as its conditions were spoken too quickly and not loud enough. The second ad that got Paddy Power into trouble was a TV ad where a young man picked gambling over his family. According to the ASA’s standards, such ads send a wrong message and can do more harm than good.