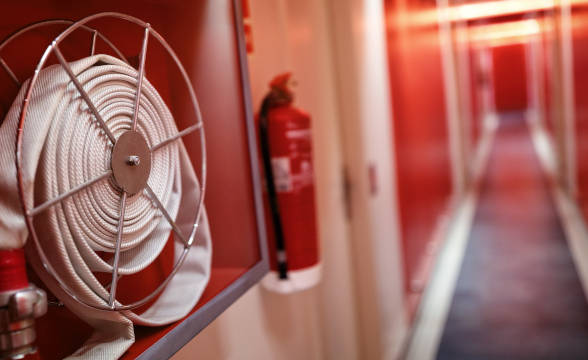 An unfortunate turn of events has led to a devastating fire in a Montana casino. Sadly, two people have found their deaths at the engulfed gambling venue.

Two People Perished in the Flames

The fire erupted on Wednesday morning at Honest Tom’s Saloon & Casino in Bridger. As of the time of this writing, the police and firefighters are still investigating the venue for the likely cause of the accident.

Mike Buechler, the police chief of Bridger, was called to the casino on Wednesday morning at which point smoke was coming out of the front door. The man opened a screen door but the smoke prevented him from entering the building or seeing what was inside for more than a few feet. The chief tried shouting to check if there was anyone still inside but no one answered.

Luckily, fire departments acted quickly and several groups from nearby cities rushed to the venue. Thanks to the efforts of firefighters from Belfry, Bridger and Fromberg, the fire was kept from getting out of control and was eventually put out before spreading out. In the end, the blaze was contained to the casino building.

Sadly, it turned out there was someone inside after all. In an interview with a local TV, Buechler confirmed that two people have perished in the fire, although he refused to name their identities. A local news outlet suggested that they have been a male and a female although an official source is yet to back that claim.

Officials Are Investigating the Case

There isn’t much news about the exact damage to the casino either. The building has been scorched on the outside but the police haven’t reported how severe the devastation to the interior is. Additionally, local officials have refrained from estimating the financial damage the fire has caused to Honest Tom’s Saloon & Casino.

The Bridger Police is currently investigating the case alongside the Carbon County Sheriff’s Office, the Montana Department of Criminal Investigations, and the State Fire Marshal’s office. The organizations’ discoveries haven’t been released to the public as of yet.