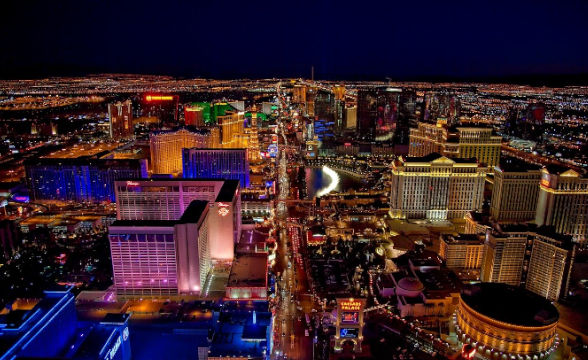 The Gaming Experience Is Set to Become Much Smoother

The Emerald Express Cash app is at the center of this new payment system, which was created in partnership with Marker Trax, a Las Vegas-based company. The app is available for both Android and iOS devices and guests can register with the Emerald Express card and link their bank account to the app.

A soft inquiry will let them know if they are approved and offered credit and the maximum fee is 1%, which is lower than a fee charged by ATMs. The market is linked to the player card of the guest and the funds are downloaded into the slot machine that they play. Winnings are transferred to their Emerald Express Cash fund, which means that they don’t have to walk around with cash in their hands.

This new technology debuted at the Emerald Island Casino in Henderson on Friday and it is set to make the whole gaming experience much more convenient.

Courtney Garland, the director of operations at Emerald Island, stated that everyone at the casino is delighted to present guests with this new feature and as technology progresses and makes lives easier, Emerald Island considered this the perfect time to introduce this cashless gaming system.

Cashless Gaming Could Be Beneficial for Nevada Gamblers

Nevada is the place where gamblers can experience the biggest wins and cashless gaming may be a concept that could benefit people a lot. A separate case, not connected to the Emerald Island Casino in Henderson, involved a man that hit a massive jackpot at the Rio casino, located outside of the Las Vegas Strip.

The guest, who chose not to reveal their identity, played High Card Flush and won $165,872. A Caesars Entertainment representative stated that the player claimed that this was his second time playing the said table game.

Of course, when people go to cash out these winnings, they are often given in cash and that may present a problem, especially if the win is as big as this one. The cashless gaming concept that was introduced at Emerald Island Casino will eliminate any threats to players’ security as they won’t have to carry the winnings around with them. Instead, the money is transferred to the account directly and they can go about as nothing has even happened.