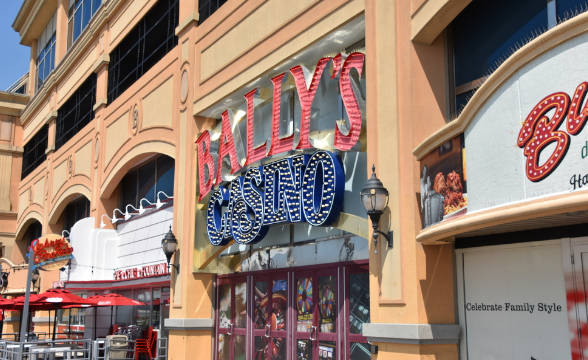 Esports betting is expected to be big – how big exactly has been the subject of some speculation. One company that has aptly called itself the Esports Entertainment Group (EEG) wants to believe that the betting market on electronic sports may reach $205 billion in value as soon as 2027. Whether this pens out to be true would depend on many factors, including the rate of adoption, passing of laws that allow esports betting, and more.

Scaling Vie.gg’s Operations in New Jersey and US

In the meantime, EEG is not wasting its time and it is already accepting wagers on competitive video gaming starting in New Jersey where it first acquired a temporary license from the Division of Gaming Enforcement earlier this year. After operating a trial period and completing it successfully, EEG has now launched its full offer on Monday, focusing exclusively on esports gaming.

The regulator has confirmed that it has authorized the company to launch its dedicated Vie.gg platform that is focused exclusively on esports. The company is operating in partnership with Bally’s Hotel and Casino Atlantic City land-based property, a prerequisite for running any interactive wagering options.

Commenting on this launch, EEG CEO Grant Johnson welcomed the opportunity to be launching in the Garden State, calling it a testament to the hard work that everyone has put in over the years to make this launch a reality. He added:

“As the first licensed esports-focused betting site in North America, we’re thrilled to fully launch the VIE.gg platform in New Jersey, one of the gold standard jurisdictions for sports wagering in the country.”

EEG is effectively the first company to go all-in on esports and focus exclusively on the esports betting segments.

While other brands have begun featuring esports as part of their offers – especially in the context of global sports shutdowns throughout 2020 – few have taken it as far as the London-based company that has as many as 13 states to expand into based on current legislation in the US.

EEG also has offices in Hoboken, New Jersey to preside over the Vie.gg’s North American expansion that begins with the Garden State. Vie.gg accepts wagers on a range of competitive games, including Counter-Strike: Global Offensive, Call of Duty, League of Legends, Overwatch and Dota 2. New Jersey has already invested in esports in 2021 putting down $200,000 to set up a development hub for esports at Stockton University, hoping to turn Atlantic City and the state into a national hub for esports, an ambition shared by Las Vegas and Nevada, too. In the meantime, EEG has been hosting skill-based wagering events in Atlantic City.