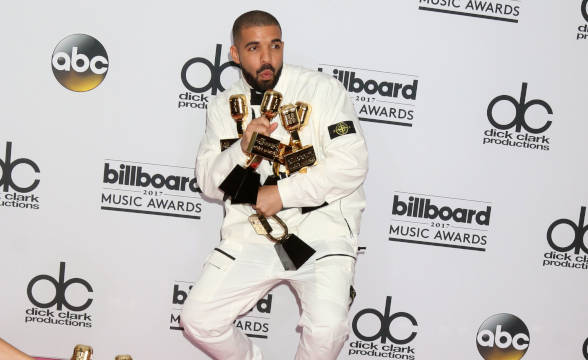 Drake is back at it and the staunch Golden State Warrior supporter is not giving up on his team after he committed another $200,000 wager on the team to win the NBA Western Conference. As of the time of writing, the Warriors are third in the overall standing with 646 points behind the Phoenix Suns with 780. It’s a big difference for Drake to be betting, but he seems to be adamant in his choice.

Drake has been in the news not so much with his hotline bling-caliber of music, but rather with his newly-discovered passion for betting big on sports. He backed the Los Angeles Rams to win the Super Bowl.

Drake was back for March Madness where he backed the Duke Blue Devils to beat the North Carolina Tar Heels and lost $100,000. He even earned himself some scathing mockery from Colby Covington who beat Jorge Masvidal in UFC 272 and cost the rapper $275,000.

The rapper’s latest wager seems to be another one of his signature spur-of-the-moment affairs whereby he just follows his betting heart and backs the teams he can relate to one way or another. Even though he is a Toronto native, he never seemed to have publicly bet on the Raptors. He is also a brand ambassador for his home team, though.

Drake also became an official brand ambassador for Stake.com, a blockchain-focused casino that accepts hefty Bitcoin wagers. Should Drake turn the $200,000 wager he is looking at a $1 million payout. He was betting at odds of (+500) when placing the original bet.

More Effort Required by the Warriors to Succeed

For this payout to happen, the Warriors would need to deliver on a robust game and overcome both the Memphis Grizzlies and the Suns. Closing the difference with the Grizzlies doesn’t seem to be too difficult at first blush, but the Suns are well ahead. Stephen Curry and Klay Thompson, though, have been putting in good work and their most recent performance indicates that the Warriors have some room to play catch-up with the rest.

Daymond Green is also proving a great addition to the Warriors’ team, enough it seems for Drake to risk some dear penny on the outcome of the games. However, it’s worth remembering the Drake curse that humorously suggests that any team or athlete Drake is betting with money usually sees a slump. The Warriors are not out of the woods just yet.