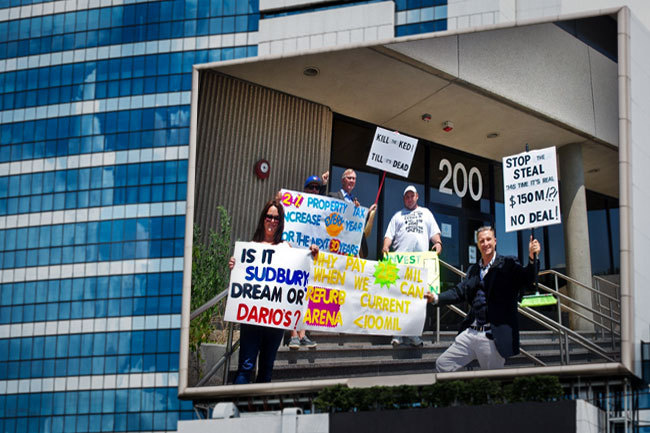 Last week, Greater Sudbury announced that its city council has voted to back out of the multi-million Kingsway Entertainment District project. While some are slightly disappointed by the news, there are some like the Downtown Sudbury BIA which has been a major opponent of the site, who are now celebrating the council’s decision to distance the city from the project. The project dates back to a few years ago and it would have featured a municipal event centre, alongside a hotel by Genesis Hospitality and a casino by Gateway Casinos & Entertainment. The site was stalled by numerous legal challenges through the years, before last week, Greater Sudbury’s city council voted to back out of it due to a new total cost of more than CA$200 million. There were two possibilities for the location of the KED, the first one being the last year’s approved The Kingsway one in the outskirts of the city, and the other renovating or building a new one in downtown. Downtown Sudbury BIA’s leadership has not been a fan of the remote location, and the news about its rejection could be good news about a possible downtown one.

Rob Jones, the co-chair of the Downtown Sudbury Business Improvement Area, said that it was nice to finally see some logic coming to the forefront. The BIA opposed the outskirts’ location, as it believes that the city’s main arena should not shift the city’s historic downtown core, and it was one of the appellants in the Local Planning Appeal Tribunal case against the project.

However, it is still unclear whether the city council would vote to proceed with a new arena. Mr. Jones said that the death of KED renews the possibility of a downtown project. The city’s administration will have to choose between an outdoor theatre on Durham Street or an art and culture centre downtown. The new council’s task will not be easy.

After the latest KED vote, it is expected that the city administration will send out a report to the city council which will highlight what needs to be conducted to formally end the city’s involvement in the project. The city administration has already earmarked CA$90 million in debt for the project, out of which more than CA$85 million will remain after expenses are calculated.

Just before the fateful vote to withdraw from the KED arena centre, Greater Sudbury received letters of commitment from private partners. Gateway Casino’s Executive Vice President of Development and Construction, Jagtar Nijjar said that the company remains devoted to the project. The private partners can now proceed with the project without the city’s involvement.

After the vote, Mayor Brian Bigger claimed that the vote is one for the future. He elaborated that the city was put off by the new CA$215 million cost, which was just too high for the council. He also added that the city would have needed to borrow an additional CA$115 million to cover the project, which would have been with an interest rate of 5%.