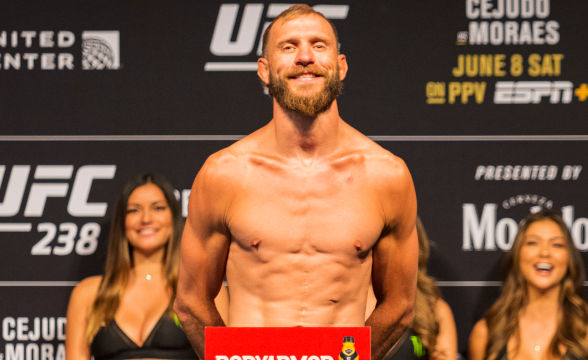 Donald Cowboy Cerrone is already 39 and is without a win in his previous six fights. Losing another bout could mean the end of his professional career. That said, a win over Joe Lauzon is a must for him.

If you take a look at UFC 274 odds, you’ll see that Cerrone is seen as a favorite in Saturday’s fight. However, Lauzon mustn’t be underestimated. He too is a seasoned fighter who’s been in the UFC for more than 16 years. Still, the fact is that his portfolio isn’t as impressive as Cowboy’s.

All odds are per FanDuel as of May 4.

The Last Dance for Cowboy Cerrone?

Cerrone’s professional record is 36-16, which makes him one of the legends of the sport. However, the last time he won was back in May 2019. Since then, we saw him lose four fights, while one was declared a no contest.

Still, despite his win drought, Cerrone shouldn’t feel bad about himself. After all, the fights he’s fought in the past three years were all against elite fighters, including Conor McGregor, Tony Ferguson, and Justin Gaethje.

He’s got the experience needed to win on Saturday, as well as the motivation. Not winning at UFC 274 would probably mean the end of his UFC career.

Can Joe Lauzon Upset the Odds?

Some might think that the UFC put Lauzon against Cerrone in order to make Cowboy’s job easier. Lauzon just isn’t as good a fighter as the guys Cerrone fought in recent years. Plus, Lauzon’s fighting style seems to fit Cowboy perfectly.

The thing is that same as Cerrone, Lauzon also loves finishing his fights by submission. In fact, 17 of his 28 career wins happened this way. He did win 9 fights by knockout but striking isn’t his #1 strength.

That could be a problem against Cerrone, who’s lost by submission only once in his career. Further, four of Cerrone’s previous five defeats happened by KO/TKO.

Cowboy Cerrone has a great chance to resurrect his career and we don’t think he’s going to fail. He’s given an opportunity to end his losing streak, which we are sure he will take. And if he’s going to win this fight, he’s going to do it by submission.