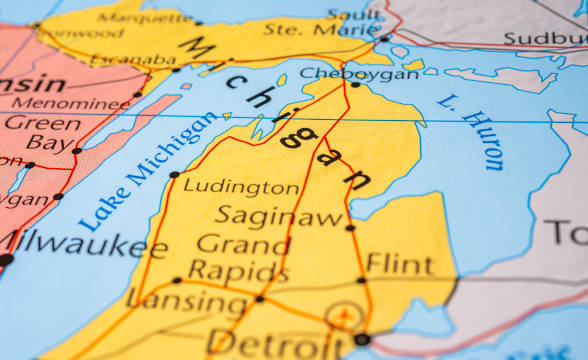 The Michigan Senate has introduced a resolution to the United States Department of the Interior, prompting them to finalize the process of approval of the Grand River Bands of Ottawa Indians’ (GRB) petition asking for federal recognition, which will allow the tribe to open and operate a gambling venue on their land.

GRB Waiting for Federal Recognition for Over 30 years

The Michigan Senate has highlighted that GRB has been trying to obtain federal status for over three decades. Since 2013, the tribe’s petition has been under active consideration. Meanwhile, a request has been sent to Michigan Governor Gretchen Whitmer from the tribe of the Little River Band of Ottawa, who want permission to use land spanning over 60 acres in Fruitport, Michigan, for gaming purposes. GRB strongly opposed this application as it targets their treaty lands.

If federal recognition were granted to GRB, they could use this land for the same purposes. Therefore, Whitmer requested the Department of the Interior to make a decision in this regard by June 1, 2022. However, as no progress has been made on their part, Whitmer was forced to reject the request for a gambling venue by the Little River Band of Ottawa.

Officials from GRB have praised Senate Resolution 151 introduced by Michigan senator Mark Huizenga. Ron Yob, chairman of GRB has said: “We are thankful to Sen. Huizenga for supporting our tribe and honoring our deep roots here in West Michigan. We are grateful to the Michigan Senate for approving this important resolution and we continue to urge federal officials to approve our petition as soon as possible.”

GRB includes 19 Ottawa tribes with 600 members enrolled so far. The tribes are settled along rivers in West Michigan. A big portion of the GRB’s members live in the counties of Kent, Oceana, and Muskegon. It is highlighted that members of the tribe do not have any rights in terms of healthcare, housing, and education, etc. if they do not get federal recognition.

Tribal casinos in the United States are gambling venues operated by federally recognized Indian tribes and are usually located on land, which is part of Indian reservations or other tribal lands. These gambling institutions fall under the National Indian Gaming Regulatory Act of 1988. They are a vital source of income and provide employment for many tribal communities.