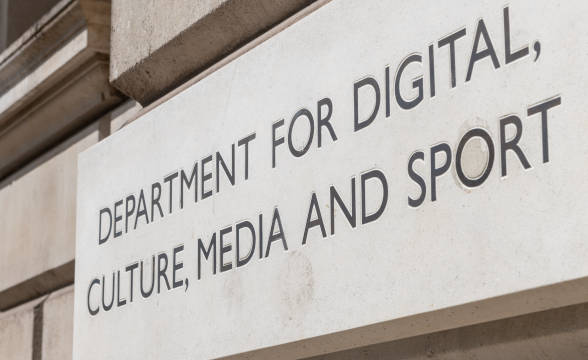 The Department for Digital, Culture, Media, and Sport (DCMS) has published an upgraded version of the report covering workforce estimates for January-December 2021. According to the data, UK’s gambling industry failed to go back to its total workforce numbers prior to the start of the pandemic. The same data revealed a series of important discrepancies in earnings and the total number of jobs. Let’s have a closer look at some of the most important data in the report.

Data from the DCMS Sectors Economic Estimates report is used to explore the workforce of those industries supervised by the government, gambling and sports included. According to their latest numbers, employees in the sports and gambling segments were the only ones that recorded lower median hourly pay rates compared to the national average. This covers all DCMS sectors, including tourism. The official median hourly for employees in the gambling field was £10.64 ($13), which was 21.2% lower compared to the national average. In the sports field, the estimated median hourly pay was £10.00 ($12.27) throughout 2021, signaling a 26% drop compared to the domestic average.

The DCMS found that of all individual sectors, tourism excluded, the smallest recorded gender pay gap belonged to the gambling industry. In 2021, the gap reached 6.33. This means that for every £1 ($1.23) that a male employee in the sector earned last year, a female employee earned £0.94 ($1.15). At the same time, for every £1 ($1.23) earned by a person who did not suffer from any kind of disability, a person suffering from a disability earned £0.99 ($1.22). This showed a disability pay gap of 1% in the gambling sector.

The gambling industry recorded 73,000 jobs in total, which is a 4% drop in numbers compared to the 2020 figures before the pandemic. Of these jobs, 41.7% were attributed to female employees, which was 6.4% lower than the domestic average. The gambling industry also failed to meet UK’s average in terms of ethnic minority group employment. This segment only reached 12.3%, down 0.9%  from the national average. The sports sector recorded 46% jobs filled by female employees, 14.1% people with disabilities, and 8.1% employees belonging to ethnic minority groups. At the same time, the gambling sector went over the national average in terms of jobs for people with disabilities by 20.8%.

According to the UK Gambling Commission’s “Path to Play” study in June, the average British gamer spends around £70 ($87) each week on a variety of gambling alternatives.