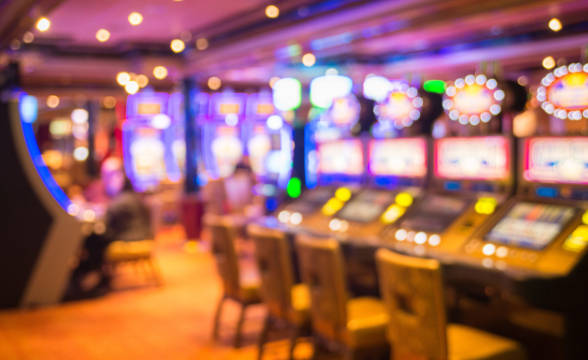 David Stroj, a person with ties to organized crime, has broken the terms of his supervised release by gambling in Las Vegas casinos. The man did not receive permission from his parole officer.

Stroj, also known by his alias “Fat Dave,” has been on a three-year supervised release since March 10, 2020. His release came after an 18-month sentence because of Stroj’s involvement in a federal case from 2015 where he was accused of gambling fraud and money laundering. In 2021, Stroj violated his probation terms by gambling at Las Vegas casinos.

The breach was reported on March 17 by Senior U.S. Probation Officer Tina Nieman in the US District Court, Southern District of California. Nieman explained that Stroj participated in gambling games in Las Vegas and did not contact his parole officer for approval.

Stroj’s probation terms were amended in 2021, allowing him to travel outside of California. He could even participate in official tournaments if granted permission. However, he was not allowed to gamble without approval from his parole officer – something he did anyway.

Stroj later admitted to the offense and revealed details about his time in the casino. He was cooperative with the law enforcers and provided player card account records that showed the money he spent and won at Circa Resort & Casino and Treasure Island. The document proved that Stroj gambled away $16,000 throughout 2021, winning $9,500 back.

Stroj added that he also played at Resort World Casino but was unable to provide player card information because he was eventually banned from the venue. It is worth noting that Stroj’s claim is suspicious because even banned bettors can demand their player cards for legal purposes.

Stroj wasn’t in Las Vegas just because of the gambling. Nieman emphasized that the man’s family owns a restaurant in the Resorts World Casino (where he played but could not provide player card information) and is planning to open another one in Las Vegas in 2022. Nieman said that Stroj visited Las Vegas to help with his family’s ventures but never contacted his office before gambling.

Resorts World has released a statement where it declined having any ties with Stroj. The venue said that Stroj’s father, Peter Stroj, was indeed a manager of Tacos El Cabron but this has nothing to do with David Stroj himself.

Stroj is scheduled to appear before the court on June 6 where he will explain why his supervised release should not be revoked.