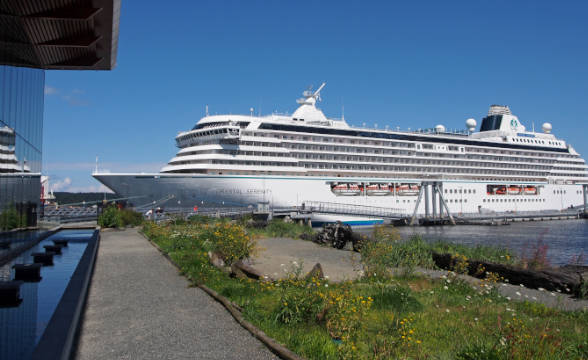 Luxury cruise travel pioneer Crystal Cruises is getting ready to turn its parent company’s financial collapse into a bad memory and move on under new ownership. The brand that was formerly owned by Genting Hong Kong managed to escape both bankruptcy and liquidation and is now ready to make a powerful comeback in 2023. The brand has been acquired by Heritage Group with the help of A&K Travel Group Ltd. Crystal Cruises will be managed by VShips Leisure.

Suspended Operations to Resume Next Year

The company that suspended its operations at the end of January also saw two of its largest cruise ships, Crystal Symphony and Crystal Serenity, be auctioned off by the authorities in the Bahamas in June. The measure was necessary in order for Genting Hong Kong to be able to settle the debts that had sent it into a dark pit. Private equity group Heritage with close ties to tourism and travel decided to seize the opportunity.

The group purchased both the Crystal Cruises brand and its two auctioned ships, under the lead of billionaire Manfredi Lefebvre d’Ovidio. The acquisition was completed via A&K Travel Group, a US-based luxury travel company. The billionaire had already acquired 80% of the A&K Travel group three years ago. The rest is under the ownership of Geoffrey Kent, the son of the company’s founders.

The ships will first go through some massive refurbishments since their previous assets were also purchased by the Supreme Court in the Bahamas from their liquidators.

In spite of being forced to file for liquidation at the beginning of the year because of debts of close to $2.8 billion and having its ships seized for over $4.6 million in unpaid bills for fuel, Genting Hong Kong took everyone by surprise. The company announced the launch of a new cruise line brand called Resorts World Cruises, with June 15 as the official sailing date from Singapore.

Lefebvre d’Ovidio expressed his excitement concerning the “new chapter” in his life and the fact that he will be also making a comeback in the industry that “has always had and always will have a special place” in his heart. His father also had close ties to the sea as a maritime lawyer and owner of cargo ships and ferries in the Adriatic Sea.