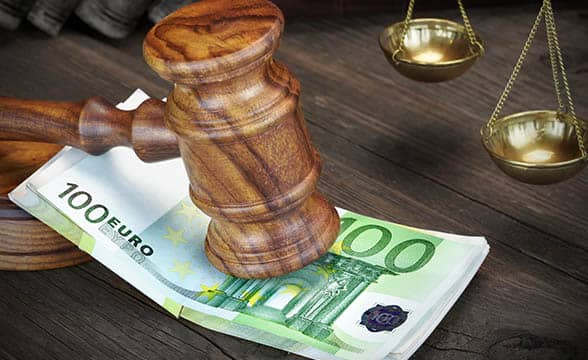 The Crown Melbourne drama has come to an end as the Victorian Gambling and Casino Control Commission (VGCCC) fined the operator AU$80 million ($57.4 million USD) over the China Union Pay bank card scandal. Crown Melbourne breached the Casino Control Act of 1991 and was under a lot of scrutiny in the recent period.

Considering the fact that China has a flat-out ban on gambling, using China Union Pay cards is forbidden. However, Crown Melbourne allowed players to make deposits with this payment method for 4 years – between 2012 and 2016.

Thanks to that fact, the total net income of the operator increased by AU$164 million ($117 million) and the revenue that it made with China Union Pay cards reached upwards of AU$32 million ($22.9 million).

Crown Melbourne admitted to these faults and at the beginning, the operator was facing a possible license suspension. However, the VGCCC decided to give it time to fix its problems. Now that the investigation has finished in its entirety, VGCCC decided to fine the operator AU$80 million ($57.4 million).

VGCCC’s chairman, Fran Thorn, shared his opinion on the verdict. He stated that Crown’s acts were deliberate and not only did it accept illegal transactions, but it also helped patrons in breaching the foreign currency exchange restrictions by China.

Thorn added that Crown was well-aware of its actions and even though knew that they were illegal, it decided to go forth. In doing so, it “showed no regard for upholding its regulatory obligations” and even wanted to cover things up. Hence, the fine was both necessary and appropriate.

Even though the issued fine is extremely high, Crown faced the risk of being handed an even bigger fine. The VGCCC noted in April that the fine could go as high as AU$100 million ($75 million) if the operator is found guilty.

Ray Finkelstein, a royal commissioner, concluded his investigation in Crown Melbourne and delivered the report to Victoria’s parliament. According to the report, the operator was helping patrons mask their funds by re-directing them as payments made for accommodation.

In doing so, the casino was formally charging patrons for hotel rooms, but it allowed them to use the money to gamble on the featured casino games. Finkelstein found that thanks to these breaches, Crown Melbourne was not fit to hold a license.