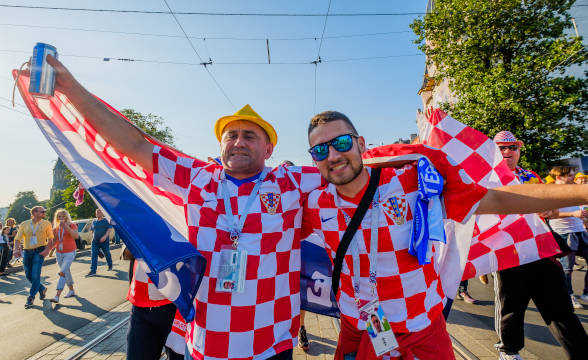 SuperSport, an internationally-renowned betting operator, has become the main sponsor of Croatia’s top-tier soccer league, the First Football League. With this development, the league will officially be renamed to SuperSport NHL (Croatian: SuperSport Hrvatska Nogometna Liga).

This is not the debut entrance for SuperSport in the Croatian market. Back in 2021, the betting operator became the main sponsor of the Croatian Football Cup, the most prestigious knockout tournament in the country.

Both parties decided to sign the contract for the SuperSport NHL back in May and with that development, SuperSport will be sponsoring the new soccer season, which starts on July 15.

Radim Haluza, a board member of SuperSport, noted that SuperSport is a market leader in Croatia and the operator will continue to support the “development of Croatian soccer.” He added that the quality of Croatian soccer rises with each passing year and ended by saying that the next season in the SuperSport NHL will be the best one in history.

Goran Đurić, another SuperSport board member, stated that SuperSport is happy to sponsor Croatia’s most prestigious soccer league and noted that he believes that the next season will “exceed expectations.”

Marijan Kustić, president of the HNS, stated that the deal with SuperSports marks a new era in Croatian soccer. He added that the contract is record-breaking and that the matches will be broadcasted on the HT platform. Some of the matches will be available on HRT. Kustić ended by saying that the quality of the domestic league will record a step forward with the support of SuperSport.

Investing in the home soccer league is important for the league itself, as well as the national team. Throughout the years, the HNS gave birth to numerous world-class players such as Luka Modrić, Mario Mandžukić, Dario Šimić, and Ivan Perišić.

Most recently, Modrić was named as the brand ambassador for SofaScore ahead of the start of the highly anticipated World Cup. In a statement, SofaScore noted that Modrić joins the company at a crucial moment. The company also added that it is looking forward to seeing the results that the Croatian national team will have.

Modrić is widely regarded as the best Croatian player in the history of the country, having won 5 Champions League trophies and receiving the Ballon d’Or reward in 2018.