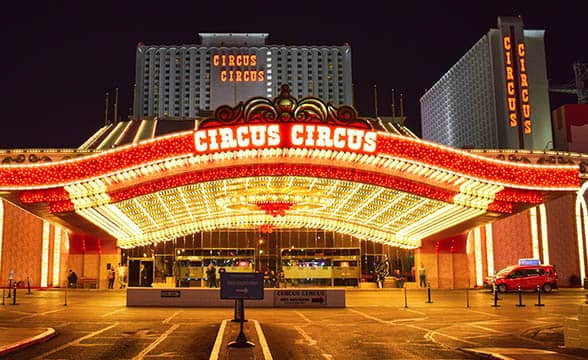 In the wake of the COVID-19 pandemic, several casino operators sought relief and monetary compensation, issuing a number of insurance claims for the losses they claimed to have suffered through the months of shutdown. Las Vegas Strip-based Circus Circus was one of them. In 2020, the operator attempted to submit such a claim to American International Group (AIG). This led to the insurance company balking, triggering a lawsuit followed by a Nevada federal judge’s ruling in favor of AIG. Circus Circus wasn’t happy about the ruling and decided to appeal. This pushed the lawsuit to the Ninth Circuit Court of Appeals. AIG required the suit to be tossed out.

Now, more than one year later after, the Circus Circus lawsuit against the premier US insurance company with a $52 billion revenue for 2021 has been finally dismissed.

In April, San Francisco’s Court of Appeals for the Ninth Circuit ruled that AIG wasn’t liable to issue a monetary compensation to the casino operator for any sort of financial damages triggered by the COVID-19 pandemic. One month prior to this ruling, Nevada US District Court Judge Jennifer Dorsey formulated her own conclusion on the matter, saying the pandemic did not cause any physical damage to the casino resort. Accordingly, the operator’s property insurance claims were considered unjust.

Circus Circus attorneys argued that the Coronavirus had been physically present at the property, which should make the casino fit for receiving compensation. The Ninth Circuit panel represented by three judges disagreed on that. Instead, they concluded that, in spite of the operator’s allegation that the deadly virus was present on its brick-and-mortar premises, there was no “direct physical damage” to the said property caused by the virus itself which could have led to its closure.

After the Ninth Circuit ruled against it, Circus Circus used its attorneys to petition the court, asking for a complete “en banc” hearing. This type of hearing is rarely met in court and it is one that involves the entire bench. The merit panel made of the three judges denied the petition for a rehearing.

While COVID-19 ruined many businesses across the US, courts of law repeatedly ruled for insurance companies and against the operators issuing their claims. The main argument in each of these cases was a lack of direct physical damage or loss caused by the virus on the respective properties. Mohegan Tribe and Mashantucket Pequots filed similar lawsuits against a different insurance company in 2021.