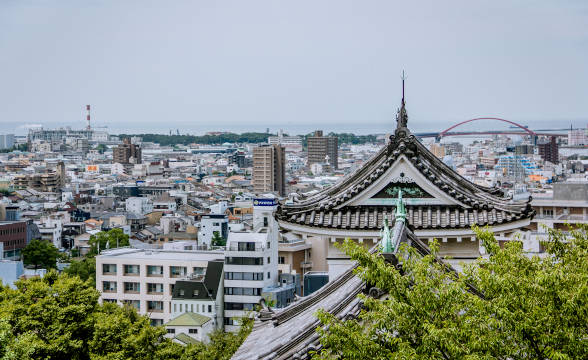 Clairvest Neem Ventures has not been able to clear the last-minute challenges that the investment company was presented with in delivering a convincing bid for its Wakayama Prefecture integrated resort project. As a result, the firm has officially withdrawn from the race. Clairvest, though, seems inclined to keep its cards on the table should another opportunity to re-enter the IR race presents itself.

Nagasaki and Osaka have already submitted their bids to the central government, hoping to secure the rights to host the first integrated resort in the country, which is touted as one of the most significant investments in the world of land-based gambling. A second project should arrive in a few years’ time, as there will be a total of three integrated resorts in Japan.

Wakayama Prefecture was highly hesitant in the matter of whether to continue with a bid to the central government, citing funding concerns as one of the reasons why. Effectively, Clairvest failed to provide a letter from Credit Suisse, which would have lent the money necessary to carry out the initial stages of the project.

Clairvest maintained that is development plan was just as good if not better than the other bids presented by rival prefectures, but this was not sufficient argument to convince the Wakayama Assembly to proceed without guarantees about the project’s funding.

Clairvest argued that it had agreements with 16 companies in total, which put it in a strong position to carry on. The company confirmed that it had a “basic agreement” with 10 investors which gave it access to some JPY 550 billion or $4.2 billion. The price of an IR though can easily exceed $12 billion to deliver on all the promises expected by the government, including investment in the local infrastructure.

The company confirmed that it had the necessary paperwork from Credit Suisse, the investment bank which threw a spanner in the works during last week’s vote at the Wakayama Assembly. Clairvest acknowledged that it may have made a few faux pas in assuring partners from Wakayama that the IR would be 100% ready to execute if cleared by the central government.

Clairvest remained confident that the unique benefits of Wakayama would make it easy to realize a project that would impact the Japanese economy. With this in mind, Clairvest is prepared to return to the race when an opportunity to do so is available.