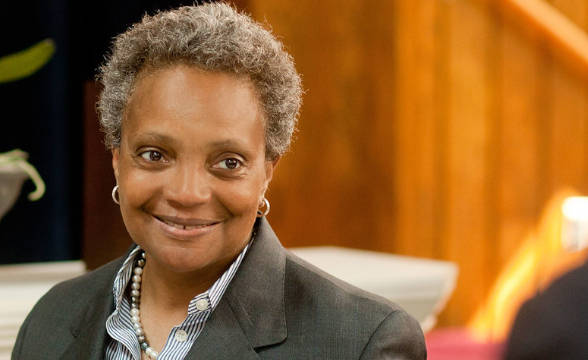 Lori Lightfoot, the mayor of Chicago, has denied all claims that Chicago accepted a bid made by Bally’s over a casino project in River West. After dismissing all of the reports on Tuesday, Lightfoot stated that evaluation is still ongoing and a decision is yet to be made.

Chicago Sun-Times, Chicago Tribune and Crain’s Chicago Business are some of the media outlets that consider Bally’s the potential winning bid for the River West casino. Bally’s submitted a $1.74 billion project and as officials report, the hotel and casino will be located at the Tribune Publishing Plant.

While denying the news that Chicago city has already accepted Bally’s bid, Lightfoot stated that the city has a “very specific process” before a winner is selected. The evaluation committee is also included in this process and this committee examines the information submitted by the three finalists.

Bally’s project includes several restaurants, a 500-room hotel, a sports museum, a pedestrian bridge, an extension of the Chicago Riverwalk, as well as a 3,000-seat theater.

Not Everyone Is Happy about the Casino Project in Chicago

At the moment, the three front-runners for building a Chicago casino are Bally’s, Hard Rock and Rivers. Even though the developers are convinced that building a casino will be beneficial for the region, the community disagrees.

All three proposed projects are under scrutiny from both the public and non-profit organizations. In Bally’s case specifically, the casino was criticized for tweaking its proposal so that it meets the standards. One of those standards is that each project needs to have a 25% minority investment. Bally’s original proposal stated that minority shares can be bought off after 6 years.

After critics poured in, Soo Kim, the chairman of Bally’s, made changes and stated that minority investors will have the option of holding or selling their shares after 6 years.

Bally’s proposal is set to provide the city with the highest annual payments, which are reported to reach around $200 million. Although Ald. Walter Burnett Jr., the 27th warden, where the casino will be located, does not oppose the project, neighboring wardens have expressed their concerns.

Ald. Brian Hopkins (2nd) stated that according to him, the Rivers proposal is the best for the city. Leaders of the River North Residents Association also noted that choosing Bally’s will be both disappointing and discouraging.

As for Burnett, he stated that he wasn’t aware of any final decisions, but he hopes that a decision is brought as soon as possible. According to him, the longer the project lingers, the more challenging it will be for everyone in Chicago.