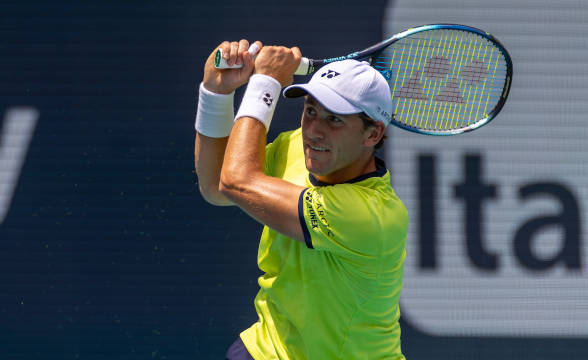 Casper Ruud and Marin Cilic meet in the semifinal of the 2022 French Open. For each player, this is going to be the first semifinal at Roland Garros. Qualifying for the final will be a major milestone in the winner’s career, not to mention that it will help him move up in the ATP Rankings.

That said, you can be certain that both Ruud and Cilic are going to give their utmost on Friday. The big question is which player will walk out of the court as the winner? Online sportsbooks think Ruud is more likely to do so, but no one should underestimate his 10 years older opponent.

The 23-year-old Norwegian has been playing fantastic tennis since the start of the year. With a 29-9 record so far, he was able to move to the #7 position in the ATP Rankings at one point. By doing that, he surpassed his father – Christian Ruud – as the highest-ranked Norwegian tennis player in history.

Before the start of the 2022 French Open, he was sitting in the #8 position, but after reaching the semifinal, it’s guaranteed he will move at least one spot up. And if he qualifies for the final, he could end up even higher on the list – breaking his personal record along the way.

The 33-year-old Croatian has been fantastic since coming to Paris. His best performance thus far was against Daniil Medvedev in the fourth round of the French Open. He beat the -357 favorite in straight sets.

Next came the quarterfinal against Andrey Rublev, where Cilic was once again an underdog. Despite being priced at +100, he went on to win again. Still, this time, it was way more difficult. The match lasted for over four hours with Cilic winning 3-2 after a thrilling tiebreaker in the final set.

Marin Cilic’s strongest weapon is his experience. He knows how to play big matches as evident from the fact that this is going to be his sixth Grand Slam semifinal. That makes him one of only five players who have made it to the semifinal in each major.

He’s got the experience, but quality seems to be on the side of his opponent. Ruud is a rising star in the tennis universe, who’s been nothing short of brilliant this year. Plus, this guy seems to love to play on the clay court, the evidence being that he’s 20-5 on this surface in 2022. Meanwhile, Cilic’s record on clay is 9-4 this season.