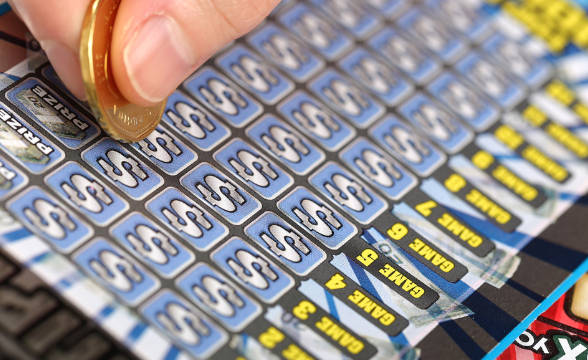 A multi-million lottery prize won in Los Angeles turned out to be a result of accidental events, the California Lottery said in a release this Wednesday.

When Destiny Moves Your Hand

The incident which took place at a Vons supermarket in Tarzana in November 2021 saw LaQuedra Edwards win $10 million by accidentally purchasing a scratch-off game out of a vending machine due to the involvement of another person who bumped into her.

According to the California Lottery release, Edwards put $40 into the machine and was selecting her games when suddenly someone bumped into her and pushed her hand towards selecting a $30 200x Scratchers ticket she had no plans to buy as it involved 75% of her playing budget.

“He just bumped into me, didn’t say a thing and just walked out the door,” explained Edwards who felt irritated for spending most of the money on a single ticket. But her irritation evaporated as soon as she scratched off the ticket and found out she had won the game’s top prize.

“I didn’t really believe it at first, but I got on the 405 Freeway and kept looking down at [the ticket], and I almost crashed my car,” Edwards continued her story. She could not believe her luck even after pulling over and scanning the ticket with the California Lottery mobile app and “just kept thinking this can’t be right.”

“I’m still in shock,” Edwards said in a statement. “All I remember saying once I found out how much I just won was, ‘I’m rich!’,” she concluded.

According to the California Lottery, Edwards will be using the money to buy a house and start a nonprofit organization. Her winning ticket means the Vons store in the suburban neighborhood in the San Fernando Valley region of Los Angeles, where she purchased the winning ticket will receive a $50,000 bonus.

Scratchers tickets generate more than 76% of total California Lottery sales according to the lottery’s 2020 fiscal year report, while the $10 million prize will further contribute to more than $67 billion in prizes paid out by the lottery since its inception.