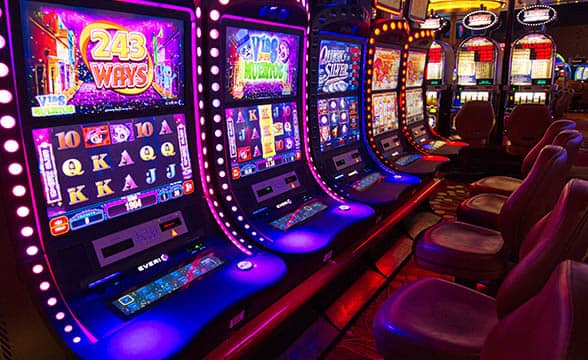 Boyd Gaming has decided to file a lawsuit against Kansas as the operator claims that with the newly-introduced sports betting regulation, the state is in direct violation of the contract that it signed with Boyd. According to the contract, if the state of Kansas introduces slot games similar to the ones that Boyd features at Kansas Star Casino, it will have to pay a $25 million fee to the operator.

Historic Horse Racing Machines Are Similar to Slot Games, According to Boyd

Currently, Boyd operates Kansas Star Casino, which is in the vicinity of the Wichita Greyhound Park where the new law allows for horse racing machines to be operated. Phil Ruffin, the owner of Treasure Island, is the man that owns the racetrack and is considering selling it.

According to Boyd, the slot machines that are featured at its Kansas Star Casino are virtually the same as the horse racing machines at Wichita Greyhound Park, even though the state claims otherwise. Now, Boyd is calling upon the contract which says that if Kansas offers external games that are similar to the ones offered by Boyd, it will have to pay a $25 million fee.

Apart from the state of Kansas, the defendants in the case include the Kansas lottery and the Kansas Racing and Gaming Commission.

In a statement, Boyd noted that it lived up to the contract as it successfully operated Kansas Star Casino and “invested hundreds of millions of dollars” in it. Interestingly enough, even though the company is calling upon a breach in the contract, it stated that it supports the legalization of mobile sports betting in Kansas.

As for the similarity between the two types of games, Boyd noted that horse racing machines are identical to slots due to the fact that they look just like slots, are marketed like slots and feature the same gameplay as slots.

Ruffin Companies released a statement in which it said that it is disappointed “but unfortunately not surprised” with the decision of Boyd Gaming. The company labeled the lawsuit as absurd and it cited one older case involving Boyd that makes the operator’s needs so ironic.

According to Ruffin Companies, Boyd filed a lawsuit to take back privilege fees that it paid around 12 years ago. The company states that the total amount of these fees reached around $53 million and a lawsuit is an ironic tool that Boyd uses to get a refund.

The statement also noted that Kansas recently differentiated HHRMs and slot machines, which is why this lawsuit does not make sense.

HHRMs have been classified as pari-mutuels and Ruffin Companies added that pari-mutuel wagering in Kansas has existed long before casinos. Hence, operating pari-mutuels are not an expansion or “a breach of contract with a casino manager.”