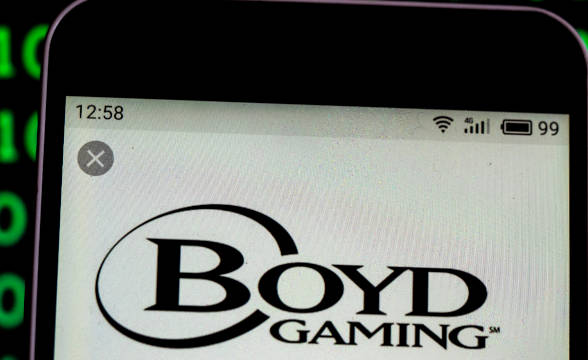 Boyd Gaming Corporation, a US-based gaming and hospitality company, has seen a significant increase in its revenues during the first quarter of 2022.

According to the official figures shared by the company, it has earned $860.7 million for the three months of the current year. This marks a 14% increase compared to the corresponding period in 2021.

Boyd Gaming’s total adjusted EBITDAR for the period sat at $338.8 million, marking a 16% year-on-year increase. Net income also went up to $1.45 per share.

The escalation is in large part thanks to the significant revenues coming from Boyd Gaming’s gambling operations. The company earned $668 million from gambling and casino games, $63.7 million from its food and beverage offerings, and $42.4 million from renting rooms. Other services yielded an additional $86.6 million.

Keith Smith, president, and chief executive officer of Boyd Gaming, spoke about his company’s increased revenues. He attributed the favorable results to his team’s disciplined approach to managing the business and its dedication to catering to Boyd’s core customers. Smith called the results exceptional and lauded the company’s progress.

“During the quarter, strong performance from our core customers and sustained efficiencies in our marketing and operations contributed to record revenue, EBITDAR, and margin performances on a companywide basis,” Smith said.

He added that Boyd Gaming is working hard to expand its online gaming operations, pointing to the recent acquisition of the iGaming supplier Pala Interactive as one of the keys to that end. The acquisition helped Boyd Gaming gain a foothold in the newly-launched Ontario betting market.

The Company Maintains Its Momentum

Smith elaborated that Pala Interactive will provide Boyd with the technology and expertise needed to build a top regional iGaming business.

“We also continued to execute our robust capital return program, repurchasing $132 million in stock during the first quarter and reinstating our quarterly cash dividend. In all, the first quarter was an excellent start to 2022, as our proven operating strategy and experienced team continue to create long-term value for our shareholders.”

Boyd Gaming continues to demonstrate a robust business model. Despite the difficult period, the company’s flair for gaming helped it earn $3.4 billion in 2021 alone. Thanks to these significant revenues, the casino and hospitality brand was able to scale its business and upgrade its properties.

On a separate note, in December 2021, Boyd Gaming got fined for its failure to report that a former executive and license holder was under internal investigation.