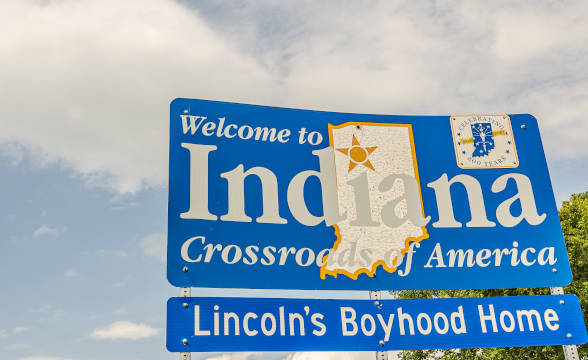 BlueBet is all for expanding its presence in the United States. To this end, the company has signed a ten-year agreement with Caesars Entertainment and will go ahead with the launch of its dedicated sportsbook brand, ClutchBet B2C. The agreement is still pending regulatory approval before BlueBet may launch in Indiana.

Effectively, this is the fourth state in which BlueBet is expanding, having achieved similar partnerships with Colorado, Louisiana, and Iowa. The company has confirmed that it’s interested in expanding its reach in new jurisdictions within the US, but cautioned that its current war chest will be exclusively dedicated to bolstering the already secured markets and offers in the four operational states.

BlueBet CEO Bill Richmond recapped the situation and current expansion. He also expressed confidence that the ClutchBet sports betting brand will strike home with sports fans in Indiana and help the company increase its performance and results.

Richmond confirmed that BlueBet remains committed to ensuring that the sportsbooks the company runs in the United States remain profitable and meet customer preferences.  Richmond continued:

“The size of the opportunity in the US continues to grow with Americans having bet $125 billion on sports in the four years since legalization. With many more states still to come online, we could not be more convinced that our differentiated B2B offer is the best approach to access this opportunity in a disciplined and purposeful manner.”

BlueBet is also in the first stage of its market entry plan, which is nearing completion. BlueBet was supposed to also pursue an expansion in Virginia as early as 2021, but the company had to fold those plans. BlueBet’s Q3 FY22 results were also reassuring, signaling the company’s financial strength and determination to make a splash on the US market.