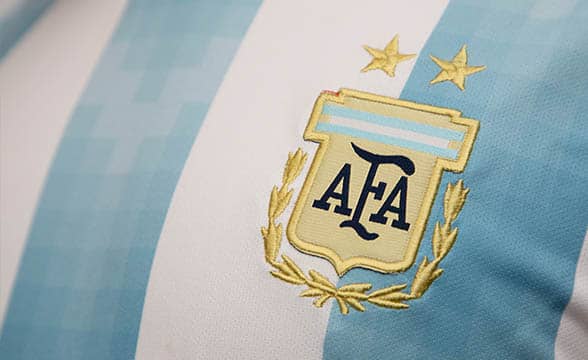 BetWarrior, a LATAM and EU-based gaming company, has inked one of the most important deals in its history. The betting brand has signed a deal with the Argentine Football Association (AFA), becoming its official sponsor.

According to the deal, BetWarrior will work with the AFA for the next four years. Notably, the deal will see BetWarrior as the AFA’s first betting sponsor, making it a monumental step for the fairly fresh operator.

The company went live a few years ago thanks to the efforts of Morten Tonnesen and José del Pino, two experienced ex-PokerStars execs. Since then, BetWarrior has quickly grown to cover 11 LATAM markets. It is now one of the powerhouses in the region, as attested by the current agreement.

Other than becoming AFA’s main sponsor, the company will become the main partner of Argentina’s National Teams, the National League and the Argentine Cup. The partnership’s debut will be the men’s match between Italy and Argentina at the Wembley Stadium in London. The friendly game will take place on June 1.

The deal between BetWarrior and the AFA was facilitated by the recent changes in Argentina’s policy concerning how gambling is governed. As a result of the reforms, provinces can now independently introduce regulations and govern the sector.

Claudio Tapia, the president of the Argentine Football Association, welcomed BetWarrior as a partner. He added that the Association is glad to have such a distinguished brand as its sponsor. Moreover, BetWarrior’s financial help will further reinforce the AFA and make it possible to support all of its teams.

Without a doubt, in this important year, we redoubled our efforts, and we are focused on generating new trade agreements in that direction. We welcome BetWarrior to our Association. We will work together to get the most out of this agreement.

Santiago Gándara, the marketing director of BetWarrior, said that his company is glad to become AFA’s sponsor. Also, Gándara added that BetWarrior’s products are innovative and unparalleled. As a platform of Argentine origin, BetWarrior will fit the country’s national team perfectly, he believes. The director is looking forward to supporting the beloved Argentine soccer team and is glad to back it before the start of the Qatar World Cup.

In 2019, BetWarrior teamed with Kambi Group to launch a LATAM-oriented sports betting app for the latter company. Since then, BetWarrior has continued to grow and has become a major force in South America.