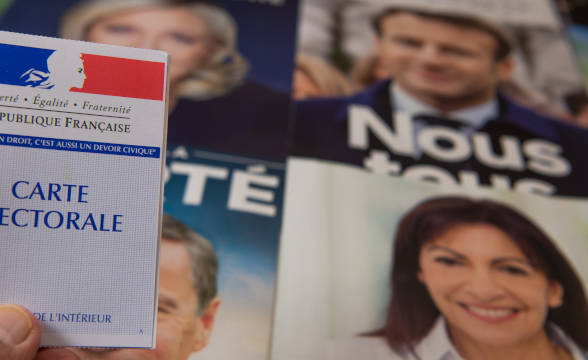 The French Presidential elections are approaching with the second round to decide the place of France in the European Union. Two candidates faced head-to-head in the second Presidential debate on television on Wednesday as they prepare for the second round of voting. Marie Le Pen, a far-right politician with ties to Russian President Vladimir Putin will face the incumbent, Emmanuel Macron who has been tasked with steering his country through inflation, a health epidemic, and now war.

Bettors Feel Macron Is a Shoo-in

Yet, bettors believe that Macron, less popular as he has become in the country, will have the final say on Sunday when the second round is wrapping up. Much of the European Union fears that a Le Pen presidency could start the disintegration of the bloc should the firebrand deliver on her campaign promises, which include a much tougher stance on immigration and loosely defined “independence” from the powers that may be in Brussels, Belgium.

Macro and Le Pen already squared off in 2017, with Macron taking the race in the end. Now, Monsieur Le President is actually getting 90% of the bettors’ support at brands such as Paddy Power and William Hill. Meanwhile, Ladbrokes customers are placing 94.1% of the total handle on Macron to win. This may be bizarre, given that the President’s odds to win are just slightly better than 50%, although they have improved somewhat since last night’s debate which was largely ruled in his favor.

Electoral attitudes are usually difficult to predict, which makes betting agencies doubly fidgety. Trump lost by a sliver of the vote in the last US Presidential election, but pragmatism seems to dictate both voting and political traders’ decisions this year. The far-right Le Pen has done herself no favors associating herself with Putin, a man who is now responsible for war crimes and atrocities in Ukraine.

Le Pen has even drummed up anti-NATO rhetoric, a bizarre decision given the constantly evolving geopolitical situation in Europe and at a time when even neutral countries such as Finland and Sweden are prepared to join as early as this summer. These concepts are often shared in their raw, purest, and impulsive form by Le Pen who fails to chart a meaningful future should she deliver on some of her more “outré” promises.

Nothing in public perception suggests so far that Macron may lose, but most of the sportsbooks are taking wagers abroad and not in France, which could have the numbers more evenly distributed between the two candidates. However, most of Macron’s opponents, including Jean-Luc Melenchon have called to not vote for Le Pen, albeit not explicitly mentioning Macron either.