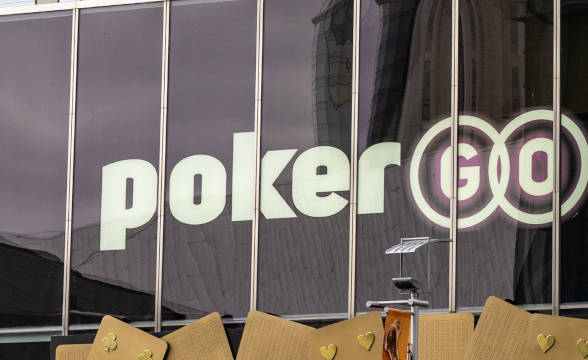 Sports betting and gaming entertainment company BetMGM announced today an agreement with PokerGo for the final table of the BetMGM Poker Championship and a $25K freeroll tournament.

The agreement between the gaming brand of MGM Resorts and Entain, BetMGM, and the world’s largest poker content creator, PokerGo, will see the BetMGM Poker Championship final table take place in the PokerGo Studio inside ARIA Resort & Casino in Las Vegas.

“PokerGO delivers the best in poker content to fans around the world, and we’re thrilled to welcome them as a valued partner of the BetMGM Poker Championship.”

In addition to the Championship final table taking place during the 2022 ARIA Poker Classic on Sunday, June 26 and featuring the last six remaining players, the PokerGo Studio will host a $25K No-limit Hold’em freeroll slated for June 22 and available to BetMGM Poker Championship online qualifiers only, designed to ease them into live poker while bringing additional rewards.

This weekend presents the last available chance for players willing to compete to earn their seats via the multi-stage satellites running across all four BetMGM Poker markets, Pennsylvania, New Jersey, Michigan, and Ontario. Packages worth $6,000 include the $3,500 buy-in, five nights at ARIA and $700 reimbursement of travel expenses.

“Through this relationship, the first-ever Championship final table and freeroll participants will play some of the most important hands of their lives in PokerGO’s iconic studio. With Jeff Platt and Jamie Kersetter on the mic, players will have the opportunity to claim poker glory that will live on PokerGO’s platform for years to come.”