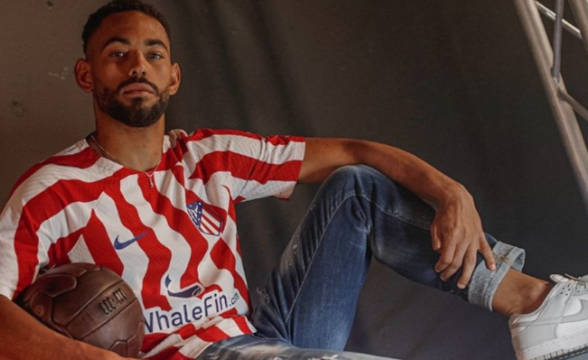 Atletico Madrid has confirmed a new five-year deal with cryptocurrency exchange WhaleFin, which will now become the team’s official partner starting with the 2022-23 soccer campaign. The WhaleFin branding and logo will be displayed on the club’s shirt as well as the club’s training kit. WhaleFin also partnered with Chelsea FC in May.

The deal is said to be worth €42 million ($42.10 million) annually and will also focus on transforming WhaleFin into the club’s digital wealth and digital lifestyle partner, a nod to the metaverse and the potential to pay players in cryptocurrencies.

WhaleFin will also be a digital asset gateway for Atletico fans who are interested to get involved into the cryptocurrency space. Branding will be available on-site at the Estadio Metropolitano, the club’s home stomping grounds.

Amber Group will also launch a metaverse experience of its own dubbed Atletiverse which will be hosted on the Openverse Web 3.0 platform, as the club builds for the future and expects such digital solutions to play a more significant role in future fan engagement.

WhaleFin will also be involved with the Atletico de Madrid Foundation which is a not-for-profit that focuses on helping social responsibility causes, general education, and more. Commenting on this opportunity, Amber Group CEO Michael Wu said:

“This multi-year partnership is a monumental moment for Amber Group, and we are proud to be partnering with Atlético de Madrid, one of the top football clubs in Spain and Europe.”

The partnership will allow both organizations to work on their shared values and help educate people about sports and cryptocurrency finance at the same time. Atletico de Madrid CEO Miguel Ángel Gil added that the partnership was a significant opportunity to expand in the digital finance space.

Teaming Up with the Right Partners

“This partnership aligns with our desire to evolve digitally and be able to offer better, more superior digital experiences to our fans,” Gil said. Soccer clubs from the best leagues around the world have been opening up to the idea of accepting cryptocurrency sponsors and partners.

Manchester City teamed up with OKX, a cryptocurrency exchange platform, earlier this week. The company is just one of many to have done so. Soccer clubs are also under a lot of pressure to forego partnerships with sports betting companies, with cryptocurrency companies potentially feeling in the blank.

However, the unclear regulatory status of these digital assets only adds to the future prospects of what such collaboration could bode insofar as the regulator response is concerned.