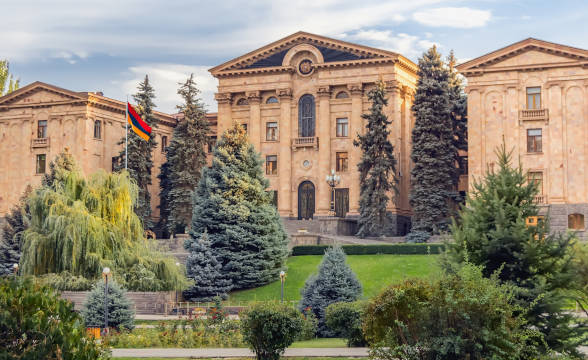 A bill that will ban gambling with cash in Armenia has been introduced by the country’s Civil Contract bloc and now, the parliament will debate on whether the ban should be in effect or not. If the bill is accepted, then e-wallet payments will be banned 6 months after the new law is in effect.

Bookmakers Can Accept Bets via Three Options at the Moment

At the moment bookmakers in Armenia can accept payments via cash, bank transactions, and electronic transfers.

MP Gevorg Papoya, who is a proponent of the regulatory changes, stated these changes are the best way to address problem gambling in the country. In his words, the bill is targeted at citizens who are socially vulnerable, but are also gambling addicts, and that “worsens their social condition.”

Papoya added that if the bill is accepted and cash gambling is banned, e-wallets will be banned six months later and thus, the only option will be bank transfers as a non-cash payment method.

As part of the government’s efforts to stricken regulations on the gambling industry, the parliament recently voted in favor of amendments to the Law on Advertising. One of the things that are set to change is advertising rules, specifically gambling ads.

These amendments were proposed by Armen Hayrapetyan, Armenia’s Minister of Finance, and 56 MPs voted in favor of them. Preliminary hearings revealed that gambling ads will be banned in radio, press, online, and TV media outlets.

Only 4+ star hotels and buildings that carry similar business activities to gambling and border checkpoints will be allowed to display gambling ads.

While speaking to the parliament, Hayrapetyan noted that the gambling field in Armenia is advancing at a very fast rate and better regulation has now become a necessity. He stated that at the moment, in the UK, every sixth player becomes a gambler and the index in Armenia is much higher.

The UK is regarded as one of the markets that regulate the gambling industry in the most effective way as the UKGC has introduced numerous restrictions and is no stranger to issuing fines to operators that do not meet the standards.

Hayrapetyan shared details of a survey conducted by the country’s State Revenue Committee, which revealed that Armenia’s gambling sector has increased three times since 2018 and the wagering volumes are higher than the neighboring countries.