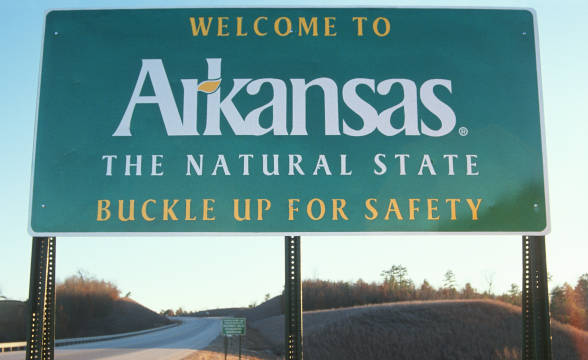 The casino expansion in Arkansas started back in 2018. Back then, during the November election ballot, residents of the state voted to approve casino gambling. Overall more than 60 counties voted in favor of commercial casino gambling, while 11 counties rejected the proposal. Pope County was among the counties that voted against the proposal. However, now a new poll reveals that residents of the county changed their opinion regarding the activity.

The results of a new poll conducted by Impact Research, a leading public opinion firm, were published Monday. The poll showed that residents of Pope County widely favor a proposal for a casino resort located in Russellville. The proposed location for the planned million-dollar casino resort is north of Interstate 40. So far, the project is known to have a price tag of $225 million.

“Most Pope County voters favor building a casino resort in the county,”

The Poll Reaffirms That Residents Changed Their Opinion

Zac McCrary, a partner at Impact Research, revealed that seeing voters change their minds isn’t something uncommon. He added that the new poll reaffirms that the opinion on casino gambling changed greatly since 2018. McCrary pointed out that now a majority of the voters that participated in the poll showed support for the casino resort proposal. In conclusion, he said that the recent poll “explicitly contradicts the current petition effort that seeks to eliminate the Pope County casino license on the sole premise that local voters don’t want it in their community.”

“It’s not often voters admit to changing their minds, but this data clearly shows a significant shift in sentiment since 2018, with a majority of Pope County voters now in favor of the casino resort project.”

The new poll found that an overwhelming amount of the voters that were initially against the casino project now support it and want it to move forward. The new data reveals that some 66% of the voters believe the casino project should move forward. Not unexpectedly, a majority of Pope County voters agreed that a casino resort would help boost the local economy. Nearly six in ten residents acknowledged that the casino resort would impact the economy positively.