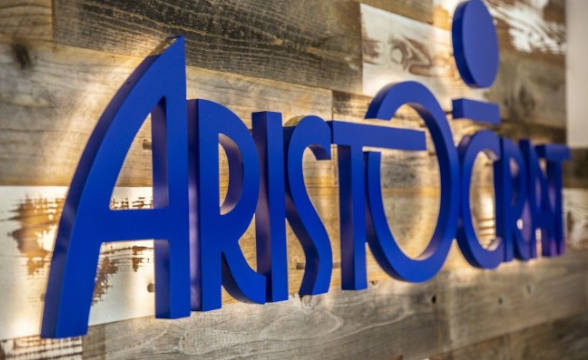 Aristocrat, one of the world’s leading gambling content creators, has unveiled its Dragon Link slot at the Solaire Resort & Casino in Manila during a “Dragons” showcase event. The new slot is set to provide all players with a unique gaming experience and it will soon be available across the whole Asian continent.

Dragon Link Is Performing Above the Average

While speaking about Dragon Link, Ashley Fong, Aristocrat’s manager of product planning and strategy, noted that she was very excited when the game was unveiled in front of the customers and said that she’s confident that Dragon Link will deliver “sustainable revenue growth.”

Fong added that even though every market is different, Dragon Link was able to perform above the average across various casino floors and that it is among the best performers at a majority of venues. That is exactly what she wants to provide Asian customers with – a pleasing experience.

Lloyd Robson, Aristocrat’s general manager APAC, stated that it was truly delightful to showcase Dragon Link in front of the customers in Manila and stated that the feedback that the company received from the slot and its portfolio in general, has been excellent.

John Stevanja, the director of product marketing and strategy APAC, went on to say Aristocrat has built a special version of Dragon Link for the Asian market in order to suit the venues in this region. He ended by saying that Dragon Link is the “most configurable game ever built for Asia.”

Aristocrat Is Dedicated to Growing on a Global Level

Aristocrat is an Australian-based gambling machine manufacturer that has over 7,000 employees across 326 gaming jurisdictions. It provides its B2B customers with premium solutions while leading the way in responsible gambling.

Recently, the company made its Interim Results Announcement in which it showcased outstanding numbers. The Half-Year Media Release stated that its net profit after tax and amortization has increased by 41% to $580 million.

Trevor Croker, the CEO, and MD of Aristocrat stated that Aristocrat has entered the second half of 2022 with “excellent fundamentals” and great operational momentum. He also added that the company has an excellent opportunity to accelerate its growth strategy and become even more profitable.

In terms of the priorities at the company, Croker stated that Aristocrat is focused on buying and scaling the RMG business. Apart from having great H1 results, Aristocrat recently made key changes in its leadership positions to further solidify its growth.

In May, the company announced that it has successfully priced a refinancing of its long-term debts and in doing so, it has enhanced its flexibility and maintained its strong balance sheet.