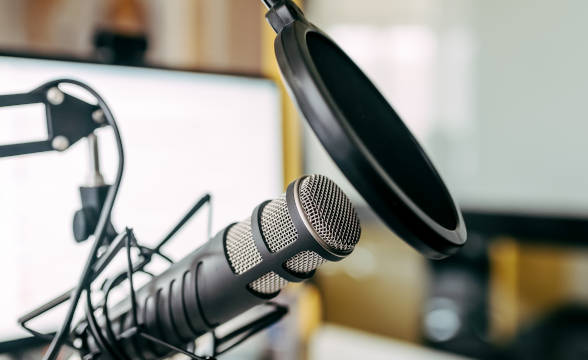 The Ante Up Poker Cast became the longest-running weekly podcast in the history of poker. Since its debut back in June 2005, for nearly two decades, the podcast featured one episode every week. This makes a staggering 870 episodes until February 17, 2022, the date when the final episode of the show was released. Now, a recent report suggests what the future may hold for the longest-running weekly poker podcast.

It was back in 2005 when Scott Long and Chris Cosenza launched the Ante Up Poker Cast. Three years later, in June 2008, the duo founded Ante Up Poker Media LLC. After nearly two decades, the company is now up for sale. In a recent interview for PokerNews, Long and Cosenza shared some of their memories about the podcast, its growth, transformation, and what may happen in the future. According to Long, currently, Ante Up Poker Media LLC is up for sale. When interviewed last week, he revealed that the company continues to receive inquiries and the discussions with potential buyers are ongoing. What’s known so far is that the Ante Up Poker Cast completed its weekly podcasts for the moment but one-off episodes may appear in the future.

“Ante Up Poker Media LLC remains for sale, and we’ve received three new inquiries this week and continue conversations with other interested buyers,”

The company continues to operate as well. Long explained that while talks about a possible sale continue “in the meantime, we have refreshed our website, will monetize it better, and expand our online news report to include all forms of gambling as sports wagering, in particular, grows quickly.” Moreover, Long revealed that the future of the podcast and whether it will be resurrected depends on the buyer of the company.

The Podcast Has Seen Significant Changes over the Years

Acknowledging the current situation, Long said that Cosenza was looking forward to retiring for a few years now. He explained that as a duo, their “creativity was just going in different directions now.” On the other hand, Cosenza revealed that retiring now felt like the right moment. He added that now he is looking forward to freeing his schedule and encountering new hobbies and interests.

“We interviewed just about every popular poker player and industry leader over the first 10 years or so, but then we really wanted it to be more about the fans,”

Since the inception of the podcast, it has seen significant changes over the years. In fact, Long outlined that the most dramatic change was observed in the content structure. According to Long, the show wasn’t properly monetized to its full potential. However, he said that this fact doesn’t bother him that much anymore, especially considering that the Ante Up Poker Podcast kept its authentic look. Whatever the case, despite the many changes, the growing fan base remained a key priority for the show. As a result, after 870 episodes, the Ante Up Poker Podcast reached millions of poker fans around the world and presented a unique insight into the world of poker.