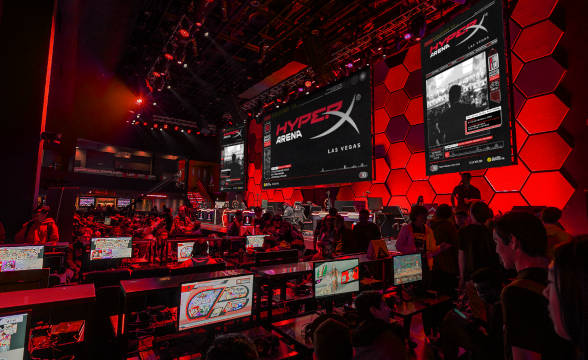 Allied Esports Entertainment Inc. recently announced its fourth quarter and 2021 annual financial results. The esports organizer reported a net loss of $6.3million for the quarter and $15.8 million for the entire year. This marks an improvement over 2020’s results when the Irvine, California-based esports company posted net losses of $31.7million.

Things Are Starting to Look Up for the Esports Organizer

This report is not exactly positive for Allied, but it does mark the start of slow recovery to pre-pandemic levels. One significant source of profit for the company was the sale of its World Poker Tour for $105 million. The sale resulted in a 70 percent increase in Allied’s overall assets, and the extra liquidity can be used to stimulate further growth.

Allied is trying its hardest to get back on its feet. During Q4, the esports organizer hosted 110 events, approximately three-quarters of which were held for third parties, and the number of competing players reached more than 17,000. HyperX, the company’s massive Las Vegas esports arena, recorded greatly increased attendance as anti-Covid measures were loosened. Allied Esports also owns several gaming trucks, which can transform into a full-fledged competition stage and broadcast hub. These could be seen at several sporting events in Q4 of 2021, such as NASCAR and the Cotton Bowl in Arlington, Texas. The trucks even reached as far as Poland, where they attended the Poznan Game Arena.

The Company also announced that it joined the NFT market with the sale of its EPICBEAST NFTs. Allied expressed its commitment to deliver more events, future metaverse experiences, monthly live streams, customizable merchandise, and collectibles. “We are proud of the progress we’ve made throughout the year through our esports business,” said Roy Anderson, Allied Esports’ Chief Financial Officer. He reported that Allied had secured distribution agreements with several digital streaming platforms and that the company had no plans to halt the expansion of its esports content library.

As a result of Allied’s efforts, total annual revenue in 2021 increased by 54% compared to last year. Some of this extra cash will likely be invested in AE Studios, Allied Esports’ new content production services arm. It has so far produced two new shows in Q4. The first is CelebriTee Showdown for Twitch, where celebrities, athletes, and streamers compete head-to-head in Virtual Golf. The other show is ELEVATED, where previously undiscovered talented streamers receive a chance to break through and grow their popularity. Its initial four episodes gathered 10.4 million views and had mostly positive feedback.

Allied is slowly starting to make up for the losses it suffered during the pandemic, but a lingering uncertainty in the industry still remains. The company’s future will likely be decided by how well it manages its existing assets and by the success of its investments.