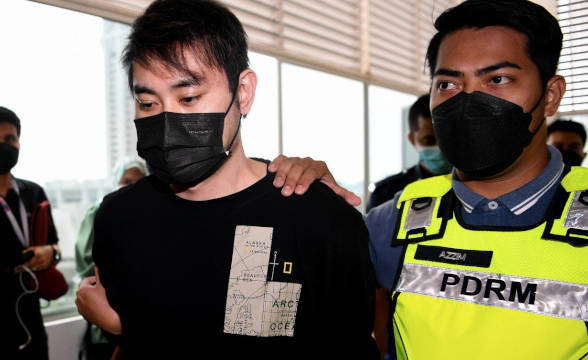 The Broken Tooth Triad was until recently one of the most feared organizations in Asia and one of its alleged leaders, Nicky Liow Soon Hee, is a man you would not want to cross. He went into hiding a year ago but has now surprisingly resurfaced in Malaysia and turned himself to local authorities.

Liow’s alleged ties with the Broken Tooth Triad make him potentially complicit with a range of illegal operations, including money laundering and illegal gambling.  He worked directly under “Broken Tooth” Wan Kuok Koi himself, but there seems to have been some rift in the organization as Liow has chosen to face justice than live as a fugitive from the law.

Liow Gets Bail After a Year in Hiding

One thing that set Liow apart from other bosses of the underground world was that the man did not mind displaying his riches and assets. He was not reckless, but he was not timid either. His downfall, and that of the organization, began when authorities across Asia, at the behest of China, began looking into the triad more closely and started shutting down its chapters across the region.

He was charged in absentia last year and faces a litany of accusations, from flaunting anti-money laundering and anti-terrorism laws to facilitating illegal gambling operations. He is facing a total of 26 charges which bear a stiff financial penalty and years of prison time.

Yet, Liow’s charm offensive has seemed to work with the court as he was released on bail after appearing in court this week. His trial date is set for May 26. His family members were also targeted when the original charges against him were brought in, but none of them was actually sentenced.

Liow’s Underground Business Is Not a Family Affair

Prosecutors concluded that Liow’s family has not been complicit in his activities. However, prosecutors went after anti-corruption and police officers who may have been feeding the man information through backchannels, allowing him to stay ahead.

The Broken Tooth triad is definitely one of the most formidable underground organizations in Asia, having been tied to numerous illegal gambling operations, and yet its members have mostly remained at large. Broken Tooth himself was the founder and boss of the 14K triad, another feared organization based in Macau, which was allegedly working with Suncity Group.

The permeation of triads in the industry forced the Macau government to seek and suspend most ties with junkets and pass strict laws that obligated casino concessionaires to be responsible for the actions of those third parties.