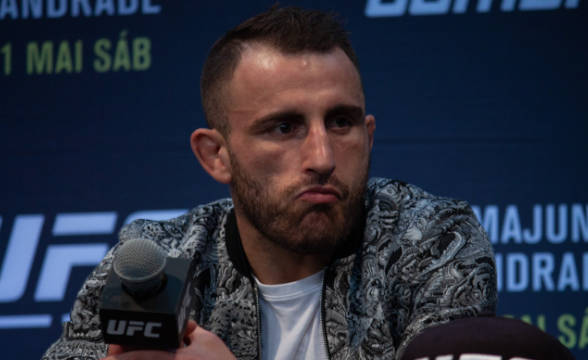 Alexander Volkanovski and Chan Sung Junk a.k.a. The Korean Zombie is going toe to toe in a battle for the UFC Featherweight Championship. Volkanovski is the defending champion, who’s held the championship belt since December 2019.

His opponent has never been the champ, but he did come close to winning the championship once. It happened in 2013 when he lost his title shot by getting KO-ed by Jose Aldo. Nine years later, The Korean Zombie has another chance – will he take it this time?

We’ll find out at UFC 273 on Saturday, April 9, at VyStar Veterans Memorial Arena in Jacksonville, Florida. If you would like to learn what our prediction for the title bout is, make sure to read this UFC 273 preview until the end!

All odds are per FanDuel as of April 4.

The Australian fighter is 23-1 in his career, with his only defeat happening back in 2013 when he lost to Corey Nelson in Australian FC 5. Since then, he’s been undefeated, winning the UFC Featherweight Championship along the way.

He won the title by beating Max Holloway by unanimous decision in late 2019. Six months later, the two fought again, and Volkanovski managed to retain his title. This time, he did it with a split decision win.

His second title defense happened last September when he defeated Brian Ortega by unanimous decision. Now, it’s time for him to try and defend it again.

The fact that most of his previous fights were decided by decision shows that Volkanovski prefers a cautious fighting style, focused on tactics. Fighting smart is what he’ll need to do in order to defeat The Korean Zombie on Saturday.

The Korean Zombie Determined to Get the Title

Chan Sung Jung’s nickname “The Korean Zombie” comes from the fact that he tends to keep on fighting even after getting a number of heavy blows. This explains why his two previous fights went the distance.

It’s very likely that the same will be the case on Saturday when he fights Volkanovski. As there’s so much at stake, you can bet that neither fighter will behave recklessly. Instead, both will try to collect as many points as possible before the final bell.

The question is can The Korean Zombie do better than his rival? Probably not is the answer. The thing is that two of his previous UFC losses happened against the fighters Volkanovski has defeated.

Volkanovski is a better fighter than The Korean Zombie, but he’s not going to win easily. Instead, this is going to be a fierce battle that’s going to last until the very end. Picks: Alexander Volkanovski to win by decision