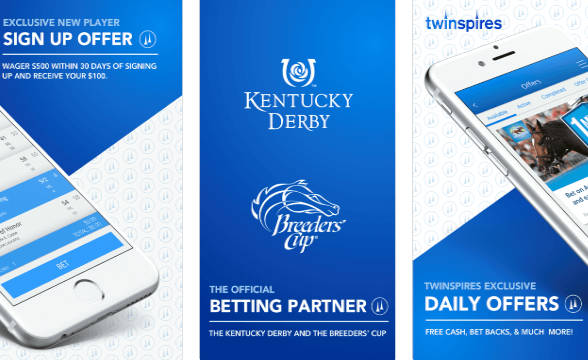 An unlicensed horse racing gambling app has caught the attention of New Hampshire officials as they say that the particular app has cost them hundreds of thousands of dollars in revenue. The TwinSpires app is used by numerous gamblers who prefer betting on horse racing.

Charlie McIntyre, the executive director of the New Hampshire Lottery, spoke on the situation and said that TwinSpires is not regulated by the lottery and does not operate within the law frame of the state. He went on to say that the horse racing app operates in a grey area and that is a massive concern for the lottery.

According to McIntyre, all forms of gambling in New Hampshire go through the lottery as companies are either licensed or regulated by it. TwinSpires’ case is troubling as the lottery does not regulate the app and hasn’t licensed it.

New Hampshire’s attorney general’s office has stated that it is aware of the problem and that it will take a look into the operator’s activities in the state. Attorney General John Formella stated that the Department of Justice of New Hampshire takes all questions of illegal gambling in the state very seriously and that he’s been made aware of the problem and is currently reviewing it.

Reports state that the New Hampshire Lottery has tried to work on an administrative rule change to include TwinSpires into its regulation frame, but efforts failed.

The parent company of TwinSpires is Churchill Downs, which announced that it will be shutting down its online businesses in the next six months due to the fact that the favorable results were not achieved. Bill Carstanjen, the chief executive of the company, stated that the competition on the market is just too great and it kills Churchill Downs’ success goals.

Interestingly enough, Churchill Downs faced a similar problem with the TwinSpires app in Texas back in 2013. In 2012, the Texas Racing Act was changed and the addition of bans on horse betting and greyhound betting were included.

Just before the law was passed, numerous companies offered their services to Texas residents and after the new rules were put in effect, all operators backed off, except TwinSpires. As a result, Churchill Downs was caught up in a lawsuit with the Texas Racing Commission.

A federal judge ruled against Churchill Downs and the company responded by saying that it will appeal the decision due to the fact that the Texas law is in violation of the Commerce Clause of the U.S. Constitution.