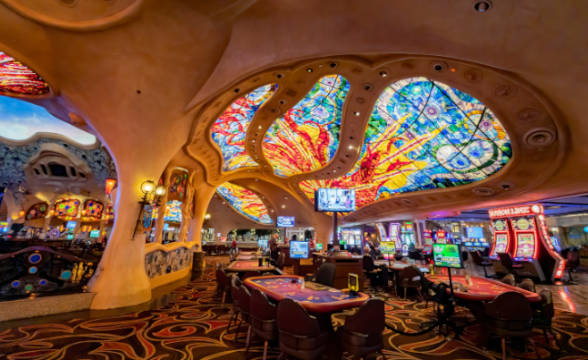 Station Casinos was fined $80,000 in “nuisance value” over accepting north of 300 past-posted wagers. However, there is still some way for Station to go as internal changes are still pending.

Station Casinos – the operating subsidiary of Red Rock Resorts – had a complaint filed against it back in September 2021, for accepting “past-posted” wagers, which means betting on events with the outcomes already known. The fine is set at $80,000 and is signed off by the Nevada Gaming Control Board (NGCB). The settlement was agreed on June 10, and the commission approved it with a 5-0 vote.

The issue with the wagers seems to stem from Station Casinos’ sports betting software which is provided by Stadium Technology Group. According to earlier reports, the first instances of past-posted wagers were due to “insufficient server memory.” Station Casinos has informed the commission it intends to change its software provider and use the services of GAN Limited. However, GAN is not yet certified or licensed by Nevada regulators, which means Station Casinos can’t make the switch beforehand. This poses a problem, as the only other choice Station Casinos has is to replace Stadium with another Nevada-approved software provider, but that would mean it’s dealing with a competitor.

Station Casinos initially wanted to contest the September complaint about accepting around 348 past-posted wagers. According to the document filed by the NGCB, there was one instance of recorded 35 past-posted wagers in 2018, two instances in 2019 with 116 bets in January and a further 30 in March, and then followed by another instance in March 2021, with 167 wagers with known outcomes.

This $80,000 fine could’ve been a lot more severe, as was the case with the former Nevada gaming operator CG Technology. It had received a four-count complaint, again filed by the NGCB, and one of the counts was about past-posted wagers. In the end, a settlement was reached and CG Technology had to pay a $2 million fine, of which $1.75 million were penalties, with the remaining $250,000 being ordered to go towards the Nevada Council on Problem Gaming. Furthermore, CG Technology was ordered to make management changes, as well as replace its sports betting software.

Station Casinos was facing a two-count complaint filed on September 13 of last year, so that’s the first difference between the two cases. Another positive detail is that Station Casinos self-reported the instances of the ostensible wagers. Ever since the first reports of “insufficient server memory” for the Stadium Live sports betting software, Station Casinos has been clear that it “understands” its “culpability” and as its representing attorney – Marc Rubinstein – reportedly said “there were some other folks that contributed to this,” pointing to the bettors who were aware of their actions, as well the NGCB itself, for not “coming up with a better remedy” in its relations with software provider Stadium.

Learning from the past disciplinary actions against CG Technology, Station Casinos has also got ahead of the gaming software provider switch-up, which was required in CG’s case by the NGCB, and initiated the process to switch to GAN Limited in October last year – well before the fine was settled. In the settlement, Station Casinos was reported by The Nevada Independent saying that replacing its gaming software provider is a “very significant financial commitment.” GAN Limited is expected to create the entire betting infrastructure of Station Casinos for its betting kiosks, the STN mobile app, and of course its retail sportsbooks. This will all have to wait until GAN is Nevada-certified, though.

Furthermore, all of the past-posted wagers were voided and the money was refunded to the accounts of Station Casinos’ customers. The last point on which Station’s objections to the “characterization” of the incidents lay, is that, as Robinson was cited by CDC Gaming Report saying, “The March incident, as we have been advised by Stadium, affected multiple licenses and not just Station,” which further solidifies the notion of shared responsibility and is an additional mitigating circumstance.

So, by ensuring that it got ahead of the situation by self-reporting and self-initializing the software provider transition, which was probably going to be included in NGCB’s eventual requirements anyway, plus making sure nobody was materially impacted by issuing all the refunds in a timely manner, Station Casinos got the $80,000 fine in “nuisance value.” This is obviously a great outcome because the other options included a much higher multi-million dollar fine, or even a harsher disciplinary action, such as having its license revoked, as that was not out of the question because of the repetitive violations.