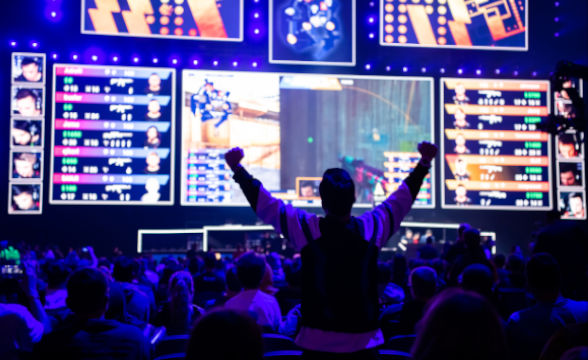 The Esports Integrity Commission (ESIC), a non-profit association aimed at promoting and facilitating integrity in esports, will soon complete a new inquiry into a series of alleged acts of in-game bug exploitation. Dozens of Counter-Strike: Global Offensive (CS:GO) coaches are currently under review.

ESIC Could Set a New Banning Record for CS:GO Coaches

While the date for its final report is still unclear, ESIC could ban as many as 52 coaches at the end of its investigation. The coaches who are found guilty would be handed a number of penalties, including their banning from important events such as the upcoming Professional Gamers League (PGL) Antwerp Major in Belgium.

The event that will feature a $1 million prize pool will start on May 9 and it will be the first of its kind to receive sponsorship from Valve in 2022. A number of external voices including the Counter-Strike Professional Players Association lobbied for the upcoming coach sanctions to be issued before the start of the PGL event, accusing the ESIC of dragging the investigation for too long.

Should all 52 coaches under investigation be found guilty of exploiting the in-game spectator bug, the watchdog would be setting a new record following its 2020 ban on 37 coaches found guilty of using the same bug. The in-game bug refers to a spectator glitch that gave a series of information to CS:GO teams, giving coaches unfair advantages over their opponents. However, some voices claim the current inquiry may have been delayed by the discovery of an additional number of in-game bugs that enabled coaches to unjustly spectate around the game map. The original inquiry apparently overlooked some of the instances in which CS:GO coaches were using the bugs. These instances were different from the initial spectator bug that triggered the 2020 investigation.

While the 2020 assessment that caught and suspended 37 coaches relied on a fully automated procedure, it failed to identify any of the new bugs that are now under investigation. After its upgrade, the procedure was able to successfully come across other instances of bug exploitation.

Former head coach and 2018 ELEAGUE Boston Major champion with Cloud9 Soham Chowdhury came across two different methods of the same spectator bug a few years ago in three official CS:GO maps. Whoever, he did not disclose any of the information to his players. Soham, who is now a data analysis scientist at Evil Geniuses, claimed that when he first ran into the spectator bug, he was clueless as to what it represented, considering it a glitch within the game.

Last October, ESIC released the full version of the verdict against Heroic, a CS:GO team that was cheating via the same spectator bug. In August, Esports Technologies joined ESIC in an effort to cut down on corruption in the esports industry.