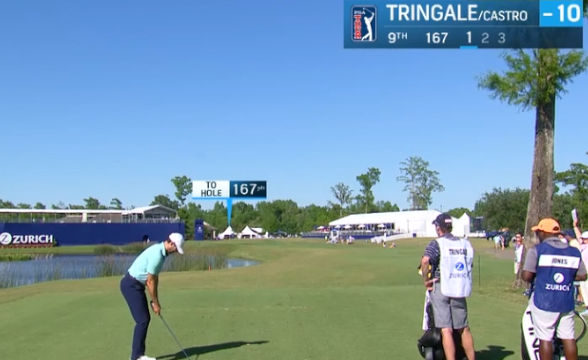 With an 84-years-long history, the Zurich Classic of New Orleans is one of the most prestigious events on the PGA calendar. What makes it special is that this is the only team event on the PGA Tour – 80 teams of two golfers compete for the main prize.

The reigning champions are two Aussie golfers, Marc Leishman and Cameron Smith, who won the 2021 event, getting $1,069,300 in prize money each.

In 2022, the prize is even higher – each member of the winning team gets $1,199,350. That’s just one of the incentives for elite golfers to come to TPC Louisiana in Avondale this Thursday. Others include PGA Ranking Points, lovely surroundings, an exciting course, and so on.

For all these reasons, it’s no surprise that there’s going to be a lot of star power in the 2022 Zurich Classic of New Orleans.

When, Where, and How to Watch

When: Thursday, April 21Where: TPC Louisiana in Avondale, LAHow to Watch: Golf Channel

Collin Morikawa and Viktor Hovland are the top favorites (+650), the main reason being that they’re ranked very high on the PGA Tour. Morikawa is currently second in the Official World Golf Ranking, while Hovland is in the #4 place.

Just behind them is the Patrick Cantlay/Xander Schauffele team, which is priced at +800, followed by Scottie Scheffler/Ryan Palmer (+900). Those teams are the only ones with the odds shorter than +1000.

What this means is that oddsmakers believe that the battle for the title will be led by these three teams. But which one will triumph?

Even though online sportsbooks see Scottie Scheffler and Ryan Palmer as the #3 favorites for the 2022 Zurich Classic of New Orleans title, these guys mustn’t be underestimated. There are several reasons for that, starting with the fact that Scheffler is the top golfer in the world.

Another reason is that Sheffler’s partner is a former Zurich Classic champion. Palmer was the one to win the 2019 event when he was teamed up with Jon Rahm.